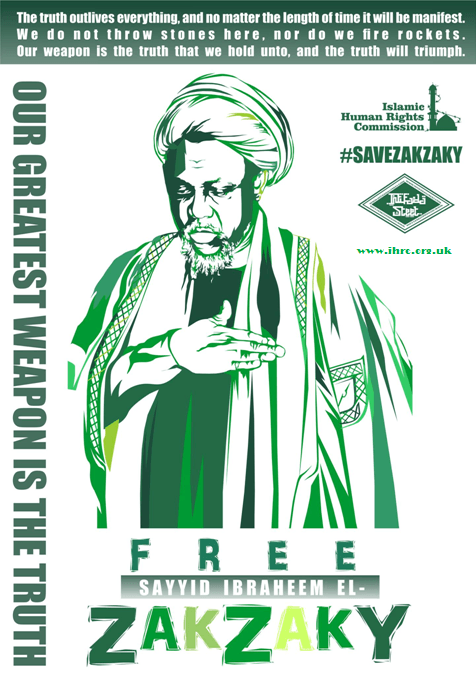 Names of sisters confirmed to be detained by the police:

Names of brothers confirmed to be detained by the police:

Prosecution of Sheikh Zakzaky is a perversion of natural justice

Ongoing concerns regarding the Commission of inquiry, continued detentions and persecution in the wake of the Zaria massacres in December 2015

Demand the release of all political prisoners; raise funds for the victims of army atrocities

Army allows access to Sheikh Zakzaky – he is suffering from four gunshot wounds while his wife has two. The pair are said to have received medical attention abroad.

At a press conference on 04 January 2016, the Sisters Forum of the Islamic Movement of Nigeria confirmed that women killed and detained by soldiers during the 12 – 14 December killings and attacks on IMN, were sexually abused, from having their hijab removed, being molested and also raped. Some of the victims were killed, others survived and were detained, but are now released.

Demand the immediate release of Zakzaky and all detainees. Write to the Commonwealth.

Whereabouts of Sheikh Zakzaky still unknown. Confirmation received that one of Zakzaky’s sisters was killed in the massacre.

Demonstrations held in Mumbai for release of Sheikh Zakzaky 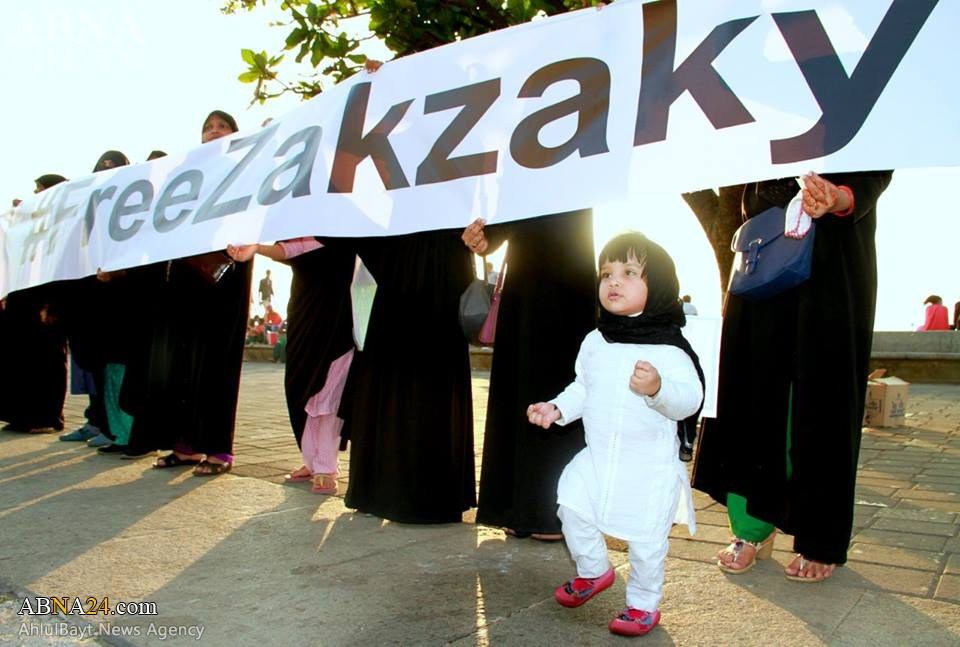 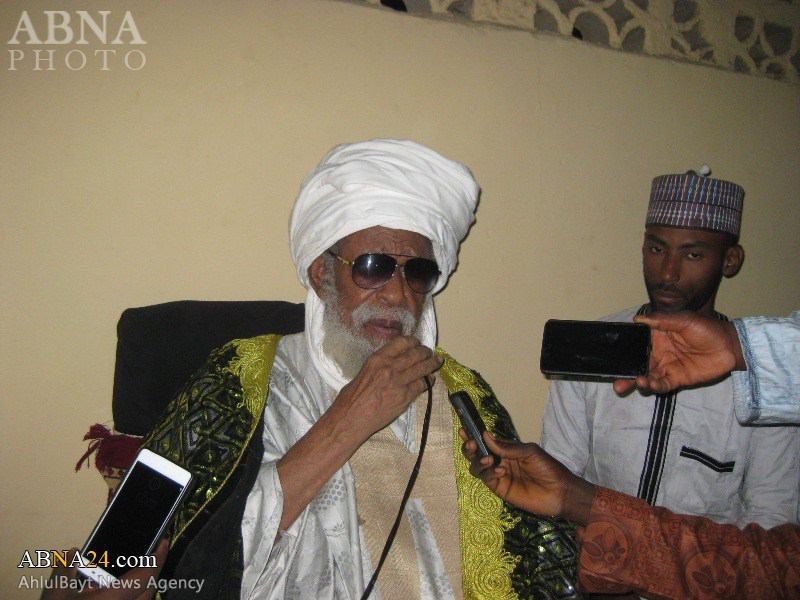 IHRC fears a false flag operation may have been undertaken in order to frame the Islamic Movement of Nigeria. The IMN has issued a statement. Meanwhile, Matthew Kukah, Bishop of the Catholic Diocese of Sokoto called for a national day of mourning for those killed by the army in Zaria.

IHRC demands proof of life of Mu’allim el-Zakzaky, and his immediate release. Campaign / action points here and below.

Heavy duty bulldozers are reported to have arrived at the Hussainiyyah Baqiyatullah in Zaria in order to demolish it.

It is confirmed that three sons of Mu’allim Ibrahim el-Zakzaky were killed in the violence. Hammad (18), Ali (16) and Humaid (14) were all shot.

Yesterday 46 women and children were released.

200 detainees (including over 30 others with untreated gun shot wounds) were reported today to have been transferred to prison in Kaduna. It is reported that this was under the directive of the Kaduna state governor Nasir El-Rufa’i. Further reports state that the prison personnel had wanted to reject many among said 30 wounded. One of those transferred who was injured is reported to have died in police custody.

IHRC is concerned about reports that the Emir of Kano Sanusi Lamido expressed sentiment designed to stoke sectarian hatred aimed at demonising the Islamic Movement* in a public speech regarding the events of the last few days in Zaria and elsewhere. Whilst this interpretation needs verification, it is clear that the situation is tense.

* The Islamic Movement is a non-sectarian, non-violent movement led by Sheikh Ibraheem el-Zakzaky. Whilst the sheikh and many of the movement are Shia Muslims, Sunni Muslims as well as Christians also belong to the movement.

Army claim they are no longer holding Sheikh el-Zakzaky, but his whereabouts are unknown.

Nuhu Muhammad, who was shot and detained without access to healthcare, died in cell this morning. Campaigners are asked to contact the Commonwealth Secretariat and African Union to demand Nigeria’s suspension. Action points here.

IHRC has received further credible data and testimonies indicating that there the Nigerian army has buried bodies in mass graves. IHRC calls on the African Union, the United Nations and the Commonwealth to suspend Nigerian membership and privileges, and the take imediate action to secure the release of all those detained.

One of the women detainees, Hawwa Aliyu, held in State CID Detention Centre in Kaduna has give birth to a child in custody. Please contact the Nigerian Ambassador / High Commissioner in your country demanding her immediate release and the immediate release of all those detained. A list of embassies / high commissions in various countries can be found here.

At a press conference at 2pm GMT, the Nigerian Human Rights Commission also confirmed that the numbers killed by the army are in the region of one thousand.

The military released 500 women and children detained since the weekend in the night of 15 December. They were left at a primary school in Samaru area of Zaria.

A separate group of 175 captives were earlier brought to Kaduna from miiitary detention who were dispersed between different police detention centres and remain captive.

The Chairman of the Christian Association of Nigeria Katsina, and his secretary viisted M. Yakub Yahaya of the movement in Katsina on 15 December to express condolences for the killings. 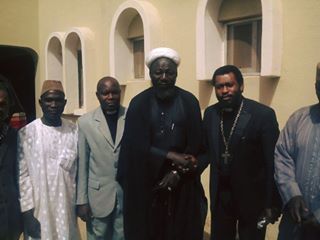 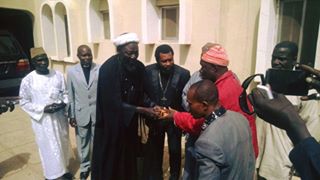 Contrary to some stories circulating, Mu’allim el-Zakazky has not been given access to a doctor of his choosing. IHRC is concerned that neither he nor any of the many detainees who have been shot and injured, are receiving any or adequate medical attention. Campaigners are asked to contact their ministry of foreign affairs to ask a representative from the embassy in Nigeria to visit el-Zakzaky and the others, ensure they get immediate and adequate medical assistance and are released from army and police detention. Campaigners can find a specimen letter here.

There are reports that some of the bodies of those killed have been mutilated around their private parts.

IHRC has reports that Mu’allim Ibraheem el-Zakzaky, Mallimah Zeenah and some of their children have been shot but are alive and have been taken to army barracks in Kano.

Many people are missing and unaccounted for. At least a thousand people have been killed since the killing spree by the army on 12 December.

The death toll is thought to be higher than a thousand. The whereabouts and safety of key figures, including Mu’allim Ibraheem el-Zakzaky and Mallima Zeenah. There are various unsubstantated stories being circulated. Please refrain from sharing until they have been verified.

Photos received of the aftermath of the attack on el-Zakzaky’s house here.

Communication has been lost with the house of el-Zakzaky, all those who were sending information appear to be killed. Footage received in the last hour can be found here.

Mallam Turi, one of the most senior members of the Islamic Movement, has been killed by the Nigerian military during the invasion of el-Zakzaky’s house. The invasion is ongoing and eyewitness state that the military have been firing and throwing explosive devices.

Updated at 06.39 GMT, 13 December 2015 – Army attacking Dar ul-Rahma (just outside Zaria), at least one person reported killed. Dar ul-Rahma is a centre in construction, as well as the burial place of the martyrs of last year’s al-Quds Day.

Updated 05.00 GMT, 13 December 2015 – A full scale attack on the house of el-Zakzaky has been resumed. The front of the ISlamic Centre has been destroyed and troops have gone in.

UK: demonstration will be held tonight (14 December) between 8pm-9pm outside the High Commission of Nigeria (9 Northumberland Ave, London WC2N 5BX. Closest station: Embankment) in light of the crackdown against key members of the Islamic Movement. The death toll is above 1000, countless have been injured and medical attention is being deliberately denied.

2. Email / call the Foreign Office / Ministry of Foreign Affairs in your country demanding their immediate intervention to prevent these massacres and the attack on the house of al-Zakzaky. UK campaigners can email fcocorrespondence@fco.gov.uk and call 020 7008 1500.

3. Call your major news stations (in the UK call the BBC) and ask them to send a reporter now.

5. Please call the Nigerian Embassy / High Commission in your country and email them, demanding they halt this operation. Call them now. Campaigners in the UK can call 0207 839 1244 and email via this link.

Mu’allim Ibraheem Al-Zakzaky (el-Zakzaky) is the leader of the Islamic Movement in Nigeria. His movement has been highly critical of political corruption, the Nigerian-Israeli governmental relationships and intelligence sharing, Boko Haram and the relationship it has with facets of the Nigerian army, as well as other issues. The movement itself is heavily involved in educational and social programmes across Nigeria.

Last year at the annual pro-Palestine demonstrations some 40 people were shot and killed by an army unit, including 3 sons of Zakzaky. This is not the first time the movement has experienced violent suppression and abuses.

This week activists from the movement were killed in separate attacks. Today at the funeral of some of these in the Hussainiyah Baqiyatullah (Islamic Centre) in Zaria, an army unit approached and opened fire on unarmed mourners. Eyewitnesses report some 30 were killed.

At the time of writing there are reports that soldiers are advancing on the house of Al-Zakzaky, and that supporters have been forming a human shield to proetct the household. Reports state that 20 people from the human shield have been shot and killed by the military.