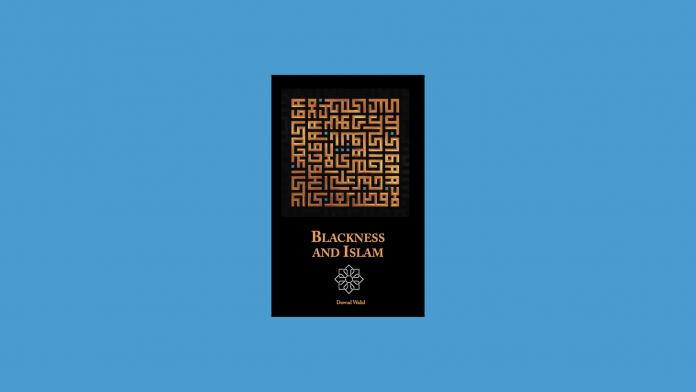 Join us for a conversation with Imam Dawud Walid, for his book, Blackness and Islam.

This event will be streamed live on IHRC.TV, YouTube and Facebook. IHRC Bookshop is a minute’s walk from Preston Road Underground station (Metropolitan line). Free parking on nearby residential roads is also available.

Muslims speak of Islam in egalitarian terms: the religion of peace, the religion that seeks to elevate man over his base desires, the religion that does not discriminate based on race and ethnicity. Despite the egalitarian spirit of Islam, the lived reality of many Muslims is very different, and this is most apparent when we observe how Muslims deal with race and ethnicity.Muslims who are Black in the West in particular, have found that while Islam may not discriminate based on race, many Muslims do. To make matters worse, some of those Muslims will delve in to the Islamic tradition to justify their biases and bigotries, seeing no contradiction between their racism and the Islamic ideals.This work seeks to clarify and debunk some traditions which support their racist positions, and presents biographies of early Muslims who were Black. The biographies of these great Muslim personalities shows us how Blackness was a normal part of life for early Muslims, in sharp contradistinction to modern prejudices against Black folks found in some Muslim communities.

Imam Dawud Walid is currently the Executive Director of the Michigan chapter of the Council on American-Islamic Relations (CAIR-MI) and a Senior Fellow at Auburn Seminary based in New York.Walid has studied under qualified scholars the disciplines of Arabic grammar and morphology, foundations of Islamic jurisprudence and sciences of the exegesis of the Qur’an.He previously served as an imam at Masjid Wali Muhammad in Detroit and the Bosnian American Islamic Center in Hamtramck, Michigan.He is the author of the book Towards Sacred Activism, co-author of the books Centering Black Narrative: Black Muslim Nobles Among the Early Pious Muslims and Centering Black Narrative: Ahl al-Bayt, Blackness & Africa and author of essays in the 2012 book All-American: 45 American Men on Being Muslim as well as the 2014 book Qur’an in Conversation.