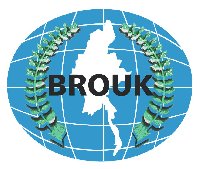 Invitation to demonstration on 26th January 2009

On 18 and 30 December, 2008 the Thai navy pushed out to high sea at least 992 Rohingya boatpeople in boats without engines or sufficient supplies. An estimated 400 to 500 of them are believed missing and feared drowned. The Indian Navy rescued a total of 257 boatpeople in December 18 and January 10, while some 193 were rescued near Indonesia\’s Sabang Island in Aceh province on January 7. In addition 126 surviving boat people are now in Thai custody in southern Thailand. The action of the Thai navy is unacceptable. It is violation of international law and other international practices. We strongly condemn this heinous action.

The ruling Burmese military SPDC is responsible for this human tragedy. It has created an impossible situation for the Rohingya to have a peaceful living in Burma causing their constant flights to the other countries.

We plan to stage demonstrations in front of the Thai and Burmese embassies as follows:

You are cordially invited to come and show your solidarity with us.
Let them hear our strong voice loudly. Thank you in advance for your participation.