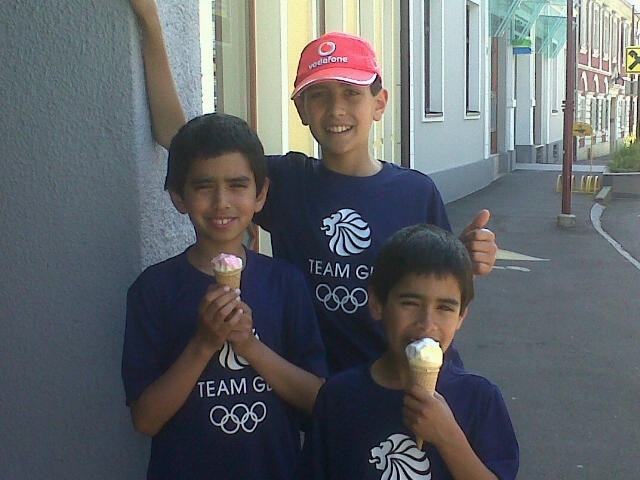 A Muslim family representing England in the EU Youth Championships taking place in Austria allege to have been the victim of Islamophobia, racism and even physical hate crime. 13-year-old Yusuf Bin-Suhayl was attacked and left bleeding by the mother of a fellow English competitor.

The family have had a police escort to their hotel and tournament.  Father Sohale Rahman has made numerous complaints to the English Chess Federation who is overseeing the competition but to no avail.  Throughout the competition the Rahman family who have three children representing England have been subjected to bullying and hate crime.  Mother, Tomasina Contu, was spat on when she asked the father of one English competitor not to bully her son!  It is of no coincidence that Tomasina wears a hijab.

The problems seem to have started from when the family asked for halal meals for themselves. Father Suhayl Rahman said, “I cannot believe my family has been subjected to so much racism and Islamophobia  and the English Chess Federation has just stood by and done nothing.”

Chair of IHRC, Massoud Shadjareh, said, “This is a shocking case of racism and Islamophobia and one that should not go unnoticed, the children are so young and should not be subjected to such hate.”