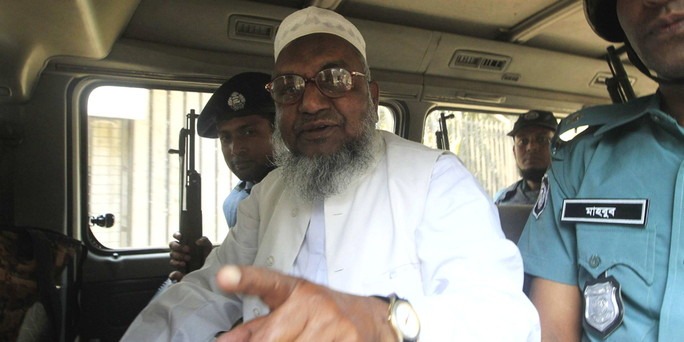 Mullah, a leader of the popular Jamaat-e-Islami party, was hanged after his appeal against the death sentence was dismissed by the country’s Supreme Court.

His execution marks the latest episode in an ongoing witchhunt against opposition leaders by Bangladesh’s ruling Awami League under the pretext of bringing war criminals to justice. Mullah was the first person to be convicted by the International Crimes Tribunal (ICT), set up in 2010 to investigate atrocities carried out during the country’s 1971 war of secession with Pakistan. To date all the suspects to have been brought before the court are senior opposition leaders.

In Mullah’s case, the tribunal had originally handed down a life sentence. When angry crowds demanded he be hanged, the government retroactively changed the law to allow it to appeal against the punishment as being too lenient and secure a death sentence.

IHRC shares the concern of nearly all human rights groups that rather than being an instrument of justice, the ICT is being used as a tool by the secular Awami League to eviscerate one of its main political rivals.

IHRC chair Massoud Shadjareh said: “It is despicable that instead of using the ICT to draw a line under the past and seek closure for victims of the 1971 war, the government of Bangladesh is perpetrating more atrocities in the name of justice and itself undermining the justice system. Those responsible for the current withchunt should be mindful that the law has an uncanny way of catching up with criminals.”

A review soft copy of Judicial Murder: The Bangladesh Judiciary on Trial from NGO Citizens International that overviews the concerns about the tribunal and the trials can be requested by emailing research@ihrc.org or calling the office on (+44) 20 89044 222.[Ends]