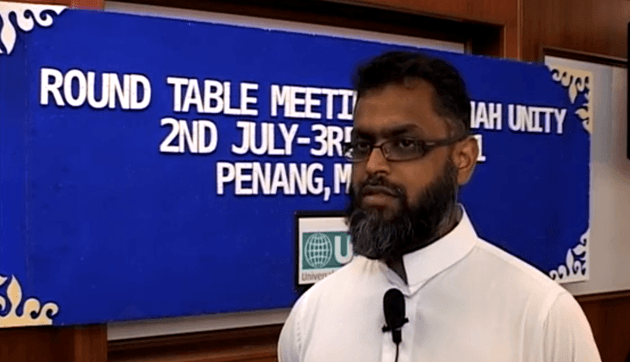 Begg, who works for the campaign group Cage which defends the rights of those affected by the war on terror, has been a frequent visitor to Syria in recent months where he has claimed to be carrying out humanitarian work.

Although IHRC is not yet privy to the details surrounding the charges we have not failed to notice the irony it throws up. The British government considers those to be fighting the Assad regime in Syria to be rebels and not terrorists. If Mr Begg is being accused of helping these groups then it seems odd that he is being charged with actions that are consistent with British foreign policy.

Fighters from all over the world have poured into Syria during the country’s civil war joining the ranks of rebels who have so far enjoyed the political, if not military, support of the west and the UK. At the same time British citizens who have travelled there to support the cause are being prosecuted under terrorism charges.

A series of draconian anti-terrorism laws passed over the last 14 years has made it possible for British authorities to define many political or humanitarian activities as terrorism.

IHRC chair Massoud Shadjareh said: “The combination of wide-reaching anti-terrorism legislation and the discriminatory way it is being enforced is rapidly criminalising the Muslim community in Britain.”