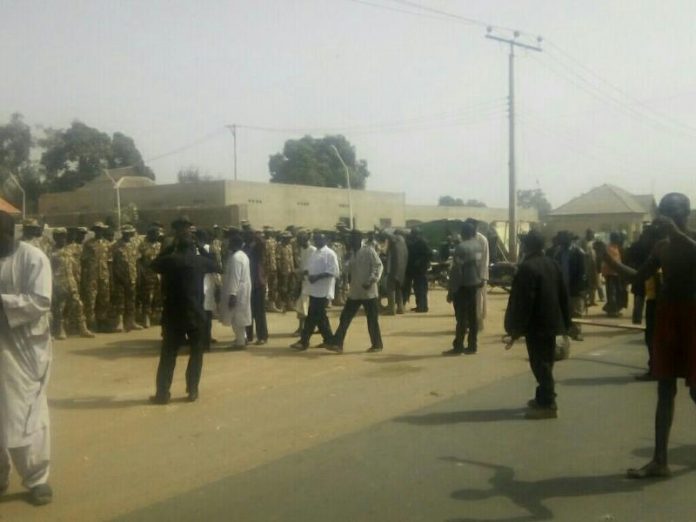 Eyewitness reports claim that soldiers from the Nigerian army have opened fire on mourners at a funeral in Zaria at Hussainiyyah Baqiyatullah. The mourners were attending the funeral of Muslims killed yesterday in violence attributed to Boko Haram, but which many in the area claim has connections with elements of the military.

Further reports state that 30 have been killed.

Further reports are coming in and all news and photos contained herein are subject to further verification.