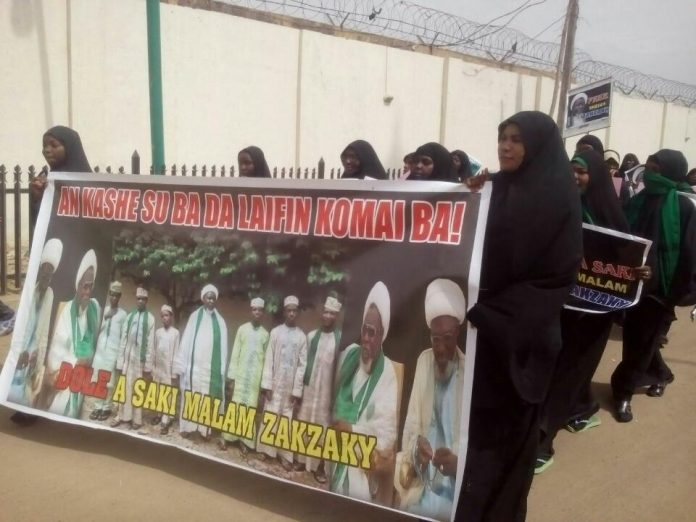 Sheikh Ibrahim El-Zakzaky was shot and detained last month when soldiers attacked the movement and its headquarters in Zaria. His condition or whereabouts are still unknown. A picture later emerged of the wounded sheikh showed him being forced to sit on the floor while he is being tortured by military personnel. His face shows signs of evident beating and there is a bullet hole to his torso.

Sheikh Zakzaky’s wife is also currently being detained without charge along with many of the movement’s supporters. It is feared they are being denied much needed medical attention.

IHRC is writing to the European Union, the United Nations and the Commonwealth Ministerial Action Group seeking action over the treatment of Sheikh Zakzaky but also to raise with the bodies the abuses that have been perpetrated by the Nigerian military in the course of its recent assault on the Islamic Movement.

The symbols and institutions of the Islamic Movement were destroyed in the attack, Sheikh Zakzaky’s personal residence in Zaria was destroyed, as was the Hussainiyyah Baqiyatullah which served as the movement’s centre. The army destroyed the home housing the tomb of Sheikh Zakzaky’s mother, and dozens of graves belonging to victims of last year’s Al-Quds Day massacre when soldiers opened fire on a peaceful procession. A mosque which stood near the site of the graves was also levelled.

Following the attack on the Islamic Movement IHRC received photographs and testimonies of mass graves where the army is reported to have buried fatalities from the killing spree in Zaria. Yesterday, the Islamic Movement accused soldiers involved in last month’s bloody attack of raping women and burning corpses of those it had killed.

“These demonic acts perpetrated by Nigerian Army has not only raised the Armyís human rights abuse records but has also turned a lot of women into widows, children into orphans and has also succeeded in wiping out a lot of families,” said Aisha Hassan, secretary of the Sisters Forum of the Islamic Movement of Nigeria.