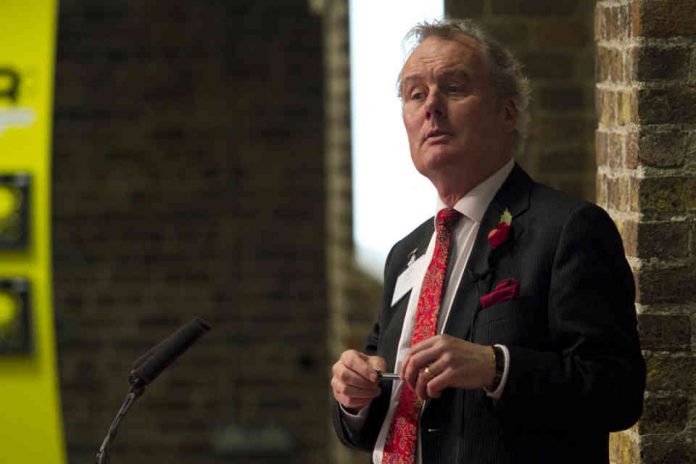 The sacking this weekend of a Times columnist for suggesting that Jewish writers received higher remuneration for their work because of an innate ethnic disposition towards greed cannot be viewed outside the context of increasing Islamophobia in Britain and across the western world.

Kevin Myers was dismissed shortly after his article was published in the online version of the Times and its Irish print edition.

In our view the authoring and publication of such vile anti-Semitic tropes is a product of the increasingly racist and Islamophobic times in which we live. The daily bombardment of anti-Muslim and anti-foreigner vitriol by the mainstream media has created an environment of hate which emboldens hate preachers and provides fertile ground for their ideas to flourish.

IHRC has warned for some time that one of the natural consequences of allowing a dominant anti-Muslim narrative to prevail is the rise of xenophobic sentiment against other minorities. Kevin Myer’s article is a perfect illustration of this. When we allow one minority to be so publicly trashed we cannot expect that others will remain immune.

There is also an irony in the fact that elements of the Jewish community have themselves employed Islamophobia in order to insulate the state of Israel from criticism. Positioning themselves at the forefront of the war against so-called terrorism they have in fact sought to delegitimise Muslim opposition to western and Israeli policies in the Middle East by branding it anti-semitic or extremist.

Jewish Israelis themselves have noted this development and have long warned about its dangers.

“Jewish leaders connected to the Israeli right-wing are ready to position themselves and the communities… at the forefront of the anti-Muslim crusade….Is it an accident that most of the ideologists of the so-called ‘Jewish-Christian civilization’ who are pushing the Jews as a vanguard of their crusade are well-known anti-Semites, like, for example the US Protestant Fundamentalists of the Republican Party or some currents of the French Catholic far right? By positioning the Jews at the front-line of their own crusade, they are cynically preparing the ground for a new wave of mass anti-Semitism, while hiding their own responsibility in the fate of the oppressed Muslim minorities in their countries.”