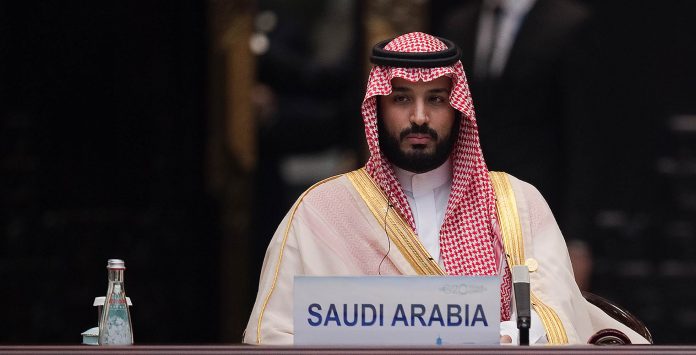 IHRC is joining a coalition of organisations to protest against the visit of Saudi Crown Prince Mohammad bin Salman due to take place from 7 – 9 March. Bin Salman currently oversees the bombing of Yemen. The Saudi regime has also supported repression in Bahrain, imposed a blockade on Qatar, and detained the Lebanese Prime Minister.
As a result of the Saudi led bombing the U.N. has stated that Yemen has become “the world’s largest humanitarian crisis” in the last 50 years. According to official data, the war has killed 13,600 people, including many children. Public infrastructure has been devastated and homes destroyed by Saudi attacks; more than 3 million people have fled their homes. A staggering 1.2 million civil servants haven’t received their salaries in more than a year, leaving health, education and sanitation services without the people and resources needed to keep them running. Yemenis are dying from preventable illnesses: malnutrition, diarrhoea and respiratory tract infections. Cholera has become widespread and threatens to take tens of thousands of lives, a situation that can still be prevented if the Saudi’s stop their war against Yemen. The Saudi regime is ready to destroy Yemen if it does not have the obedience and subservience of all Yemenis.
The actions of the Prince and the Saudi regime have been outrageous. Their gross human rights violations must be condemned.
We must also condemn all the nations that are supporting the Saudi regime pursue its aggressive foreign policy. From Gulf countries supporting the killings in Yemen, to Britain and America selling weapons to the regime; weapons that have been repeatedly used to commit international war crimes. Britain must recognise that it is complicit in Saudi crimes and must abandon its support for this criminal regime.
The protest will take place at Downing Street on Wednesday, 7 March from 5pm. IHRC joins a coalition of organisations which include: Arab Organisation for Human Rights in the UK, Bahrain Institute for Rights & Democracy, Bahrain Opposition Bloc, Campaign Against Arms Trade, Global Justice Now, Human Rights for Yemen, Iraqi Democrats, Sheba for Democracy and Human Rights, Stop the War Coalition and War on Want.
A press conference is also set to be held on Tuesday, 6 March from 10am at 30 John Islip Street, Westminster, SW1P 4DD. Speakers include Labour MP Chris Williamson, Andrew Smith from Campaign Against Arms Trade, Stephen Bell from Stop the War Coalition as well others. They will be discussing the protest and the growing opposition to the Saudi Crown Prince’s visit
Notes to editors:
IHRC’s report on Saudi war crimes in Yemen can be read here
For media enquiries or further details please call +44 20 8904 4222 or +44 7958 522196 or 44 7426 728074 or email nadia@ihrc.org [ENDS]