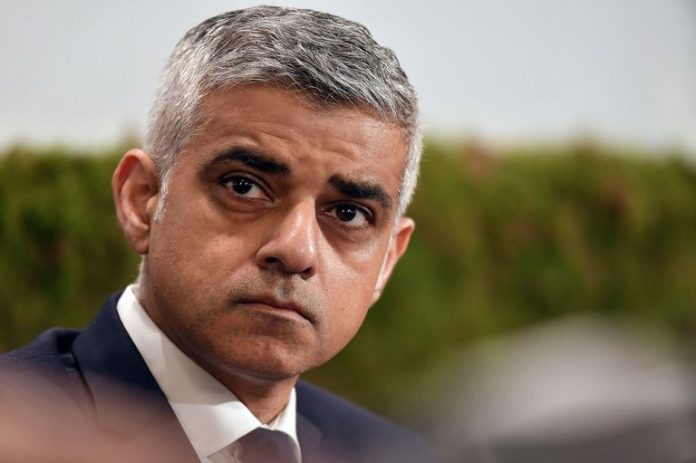 IHRC has written to the Mayor of London Sadiq Khan accusing him of facilitating another potential far right terror attack against Muslims on the streets of London similar to that carried out by Darren Osborne against Muslim worshippers in Finsbury Park last year.

The letter was prompted by the failure of Khan to respond to a previous communication of 16 October in which he was asked to explain why he wrote to the Home Secretary supporting a call by Zionist groups to proscribe the political wing of Hezbollah as a terrorist organisation, a move which would impede UK diplomatic relations in the Lebanon and prevent people in Britain showing support for a legitimate political organisation.

Pro-Israel advocates have been applying pressure on Khan to ban the annual Al-Quds day march in London which highlights the continuing oppression of the Palestinians. A feature of the peaceful protest is the carrying of Hezbollah flags by participants.

Last year’s Al-Quds Day demonstration in London on 18 June was subjected to a concerted smear campaign in the pro-Israel and mainstream media aimed at pressurising the London mayor to ban it. The far right threw its weight behind the campaign demonising and vilifying the event on social media.

It is now established that the campaign was responsible for inciting Darren Osborne to drive a van into worshippers leaving late night Ramadan prayers in the Finsbury Park area of north London on 19 June 2017. Osborne’s intended target had been the Al-Quds day protest that took place the day before, but he was unable to reach it.

IHRC believes that in supporting calls for a ban on Hezbollah flags the mayor was giving oxygen to extremists who wanted to sabotage and/or attack the Al-Quds Day protest.

Police have already confirmed to IHRC that 2018’s counter demonstration will consist of a coalition of Zionists, far-right extremists and neo-Nazi groups.

Our fear is that the mayor’s continued support for the campaign led by pro-Israel advocates will lead to a repeat attack this year, and innocent people will be killed or injured on the streets of London.

“Your office failed to defend the rights of Londoners to peaceful political free speech last year, and after the event officials from your team met with the counter demonstrators whose campaigns incited hate, while deliberately ignoring those who were the original target of OsborneÕs violence,” states the letter.

“I hope that you will abandon this divisive politics you have adopted and protect the rights and freedoms of all Londoners. If you cannot tolerate any criticism of Israel, I would request you refrain from inciting Zionists and neo-Nazis to attack us by falsely equating the event and its attendees with extremism. Not facilitating incitement to murder on the streets of London is the very least we can expect from our elected officials.”