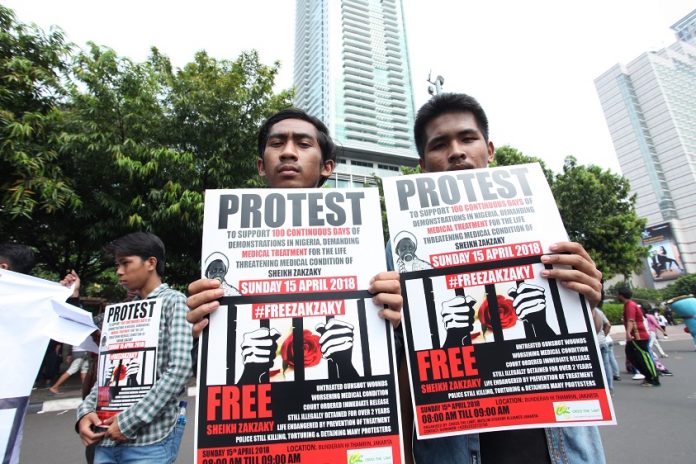 The stroke aggravated an already poor condition caused when he was shot during a military attack on the Islamic Movement of Nigeria two years ago in the city of Zaria.

Photos are attached to this release.