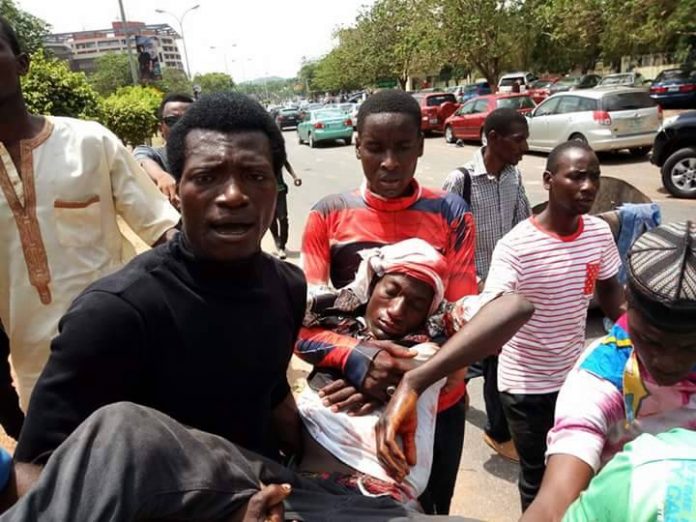 Prince Deji Adeyanju was arrested and taken away to an unknown location by armed police as he took part in the protests which have been held daily in the city centre since the beginning of January to demand the release of the detained leader of the Islamic Movement of Nigeria, Sheikh Ibrahim el-Zakzaky.

Photographs and video available on request.