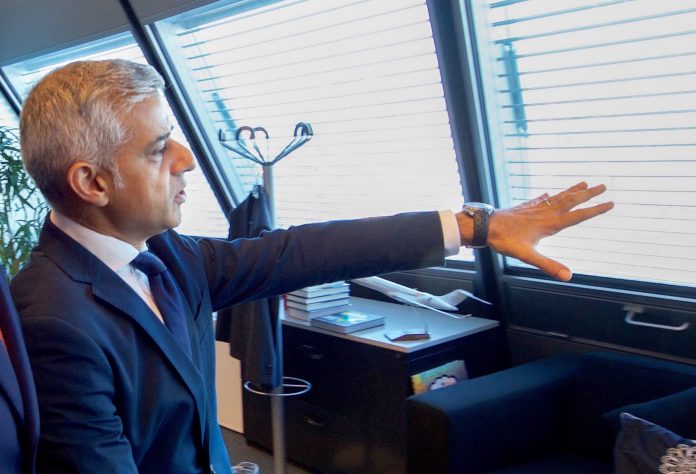 It follows a reply from the Mayor to concerns raised by members of the public that failure to curb the extremists could lead to another terrorist attack of the kind carried out by Darren Osborne against Muslims last summer.

Pro-Israel advocates have been applying pressure on Khan to ban the annual Al-Quds day march in London which highlights the continuing oppression of the Palestinians on the grounds that many of the participants carry Hezbollah flags as an expression of support for the pro-Palestinian group.

The letter from the Mayor’s office ignores the legitimate concerns of racist abuse and violence on the streets of London and instead states that Khan remains committed to pressuring the government to ban the raising of Hezbollah flags which it says is only possible because of a “legal loophole”. It also makes the ridiculous suggestion that the displaying of the flag amounts to an expression of anti-Semitism.

Due to the complete lack of acknowledgement by the Mayor’s office of the concerns raised by members of the public about racist abuse and violence on the streets of London, IHRC took the unprecedented step of replying to this external communication.

In its reply to the letter we reiterate our belief that in supporting calls for a ban on Hezbollah flags the mayor is giving oxygen to extremists who want to sabotage and/or attack the Al-Quds Day protest. IHRC condemns the response as a dereliction of the Mayor’s duty to protect innocent people from racist and extremist abuse.

“Instead of seeking to alleviate the legitimate fears and concerns of your constituents, your office decided to expound on your political views, in the process diminishing and even ignoring their primary concerns: racist abuse and extreme racist violence on the streets of London,” states IHRC’s letter.

“Your office’s continued support for the far-right and Zionist led campaigns against al-Quds Day makes you complicit in the violence against innocent people on the streets of London that results from that campaign, including as evidenced last year, murder at the hands of right-wing zealots.”

The letter from the Mayor’s Office can be read in full in Notes to Editors below.

IHRC’s full response to that can be read here:

Thank you for your recent email regarding the annual Al Quds Day march.
The Mayor shares the concerns of London’s Jewish community and others about the support shown for Hezbollah at this gathering. Anti-Semitism or hate crime of any kind has no place in our city, where we don’t just tolerate diversity, we respect and celebrate it. He was disappointed that the Home Secretary refused his request last year to proscribe the political wing of Hezbollah in this country, which would have closed a legal loophole exploited as a vehicle for extremist views – and which ultimately limits what actions the police are able to take. There is now cross-party support within the House of Commons for proscribing the entirety of Hezbollah, and The Mayor continues to urge the Home Secretary to take the necessary action and implement this change.
We remain in contact with the Metropolitan Police on this matter, and they are in contact with the organisers of the march, as well as the communities opposed to it. A proportionate policing response will be in place at the march to ensure public order is maintained and to act if any laws are broken.
I would like to thank you again for taking the time to write to us on this matter, and ask that all groups exercise their right to assembly and protest in a peaceful manner.
Yours sincerely
Andy Davis
Strategy Directorate[ENDS]