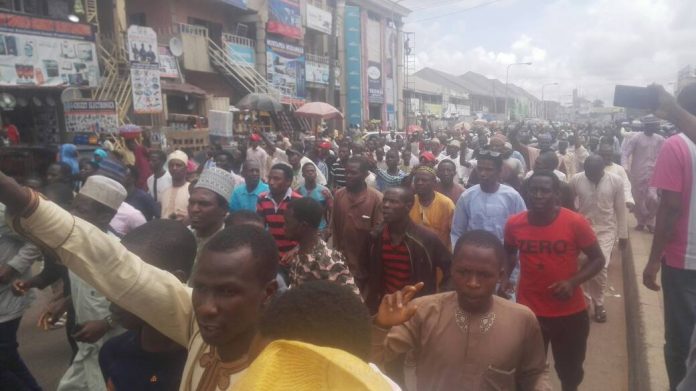 IHRC strongly condemns the killings by armed police yesterday of two protestors in the northern Nigerian city of Kaduna.

The dead were among thousands who had turned out to protest against the ongoing detention of the leader of the country’s Islamic Movement, Sheikh Zakzaky.

It was the second day in succession that armed police had opened fire with live ammunition on peaceful pro-Zakzaky protestors.

On Wednesday at least three people were wounded, one of them critically in another protest.

The Islamic Movement has issued a statement accusing the security forces of planning to sabotage the demonstrations and also attack pro-Zakzaky protestors in their own homes in cahoots with hired thugs. The Movement reminded people that is is committed to upholding the law at all times and that in its 30 years it has never avocated or employed violence.