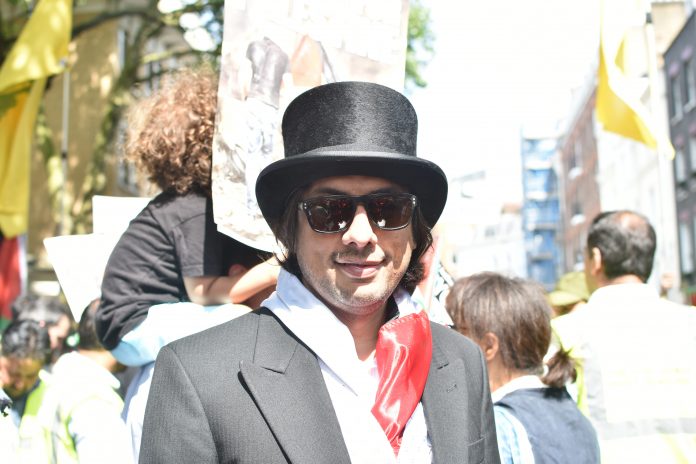 The decision by the Crown Prosecution Service to drop an attempted prosecution by hard-line Zionists of a political activist represents a major victory for pro-Palestinian campaigners in Britain.

The Campaign Against Anti-Semitism (CAA) had launched a private prosecution against Nazim Ali, a participant in the 2017 Al-Quds Day demonstration in London, alleging that comments he made during the protest last June had caused alarm or distress to Zionists who were taking part in a counter-demonstration.

After the CPS twice dismissed complaints by the CAA, the organisation then embarked on a private prosecution. The CAA claimed that Mr Ali insulted Zionists, Zionist rabbis and those associated with the Jewish Board of deputies who felt alarmed by his anti-Zionist comments at an anti-Zionist rally.

Viewing the prosecution as an abuse of judicial process and an attempt to silence those who oppose Zionism, Nazim Ali petitioned the CPS to take over the case and drop the prosecution.

IHRC is pleased at the outcome which now means that barring a successful judicial review of the decision, Mr Ali will be safe from a malicious prosecution by an organisation whose campaigns and activities seek to undermine Palestinian rights activists.

The Campaign Against Antisemitism was formed in August 2014 during a major Israeli offensive against Gaza. Its purpose is to paint Palestine solidarity campaigning and opposition to Zionism, Israel’s state ideology, as anti-Semitic. The conflation of anti-Zionism, which is opposition to a political ideology, with anti-Semitism, which is defined as opposition to Jews as a race, is an oft-employed weapon designed to scare opponents of Zionism and Israel from voicing their criticism.

IHRC chair Massoud Shadjareh said: “We are relieved and pleased that the CPS has seen the CAA’s prosecution attempt for what it is. This was a witch-hunt against Mr. Ali that demonstrated all the typical characteristics of the pro-Israel lobby’s tactics to undermine people’s right to defend the oppressed Palestinian people. We will stand by any pro-Palestinian activist who is maliciously prosecuted by CAA or its allies. This victory shows us that the pro-Israel lobby cannot use the British legal system to bully their critics into silence. Justice will prevail for the Palestinian cause.”

You can read more about Al-Quds Day here: https://www.ihrc.org.uk/tag/al-quds-day/