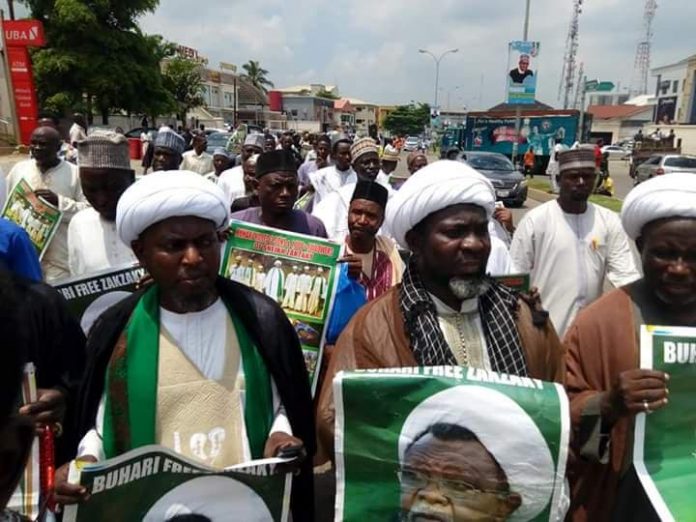 Demonstrators will take to the streets and undertake mass letter-writing campaigns on the weekend from 7 – 9 September to demand the release of illegally detained Sheikh Ibrahim El-Zakzaky and his wife Mu’allimah Zeenah.  The protests have been called by the Universal Justice Network, and coalition of NGOs from various countries[1].

Demonstrations will be taking place in Europe, North America, Australasia and Asia[2] to demand the release of these leaders of the Islamic Movement in Nigeria, and remaining detainees of the movement.

The Sheikh and his wife continue to be held in violation of a court order demanding their release from detention by the state security services.  They have been held since the Zaria Massacre of December 2015, when over a thousand Islamic Movement activists were murdered by the army.  A report presented to the International Criminal Court[3] by the Islamic Human Rights Commission details the atrocities perpetrated.  Trumped up charges against some 600 members of the movement were dismissed recently, however they continue to be levelled against the Sheikh and his wife.

Speaking ahead of the protests, chair of IHRC, a UJN partner secretariat, Massoud Shadjareh stated:

“The case of Sheikh Ibrahim El-Zakzaky is one of the most significant violations of rights today.  He is the leader of a legitimate social movement with a proven track record of honesty and non-violence. The attacks on him, his family and the movement in general, are further evidence of the Buhari administration’s corruption and violence.  We demand his and Mu’allimah Zeenah’s immediate release, as well as that of all political prisoners in Nigeria, including all members of the Islamic Movement illegally held.”

[1]  The Universal Justice Network is an alliance of dozens of NGOS.  Its two secretariats are Citizens International in Penang, Malaysia and Islamic Human Rights Commission in London, UK.

[2]  More protests are being organised in various cities, mainly but not solely outside Nigerian Embassies / High Commissions and Consulates.  Thus far the following are confirmed:

Pakistan:         including but not solely, Karachi Press Club