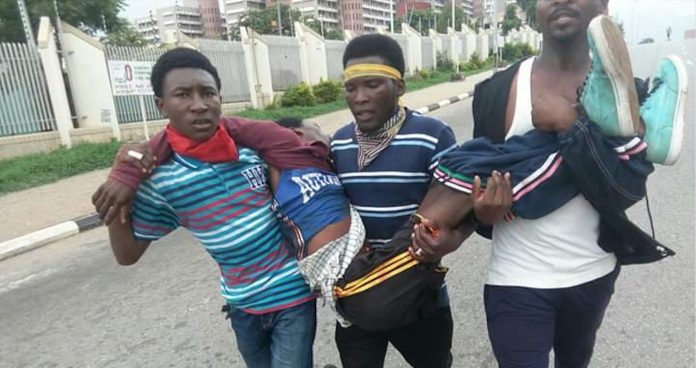 IHRC is deeply concerned about the escalating violence against members of the Islamic Movement, as well as other protestors and supporters of imprisoned leader Sheikh Ibrahim El-Zakzaky.

Reports of live fire being used against protestors in Abuja include at least one fatality as well as injuries sustained by children, today.

“The continued repression by the Nigerian government cannot be allowed to continue. Members of the international community whether the African Union, Commonwealth, NAM or UN, need to take swift and appropriate action. Zakzaky must be released now, along with all political detainees, and redress provided to all those affected. Until then peaceful demonstrations will continue world-wide in support of those being oppressed by Buhari’s regime.”