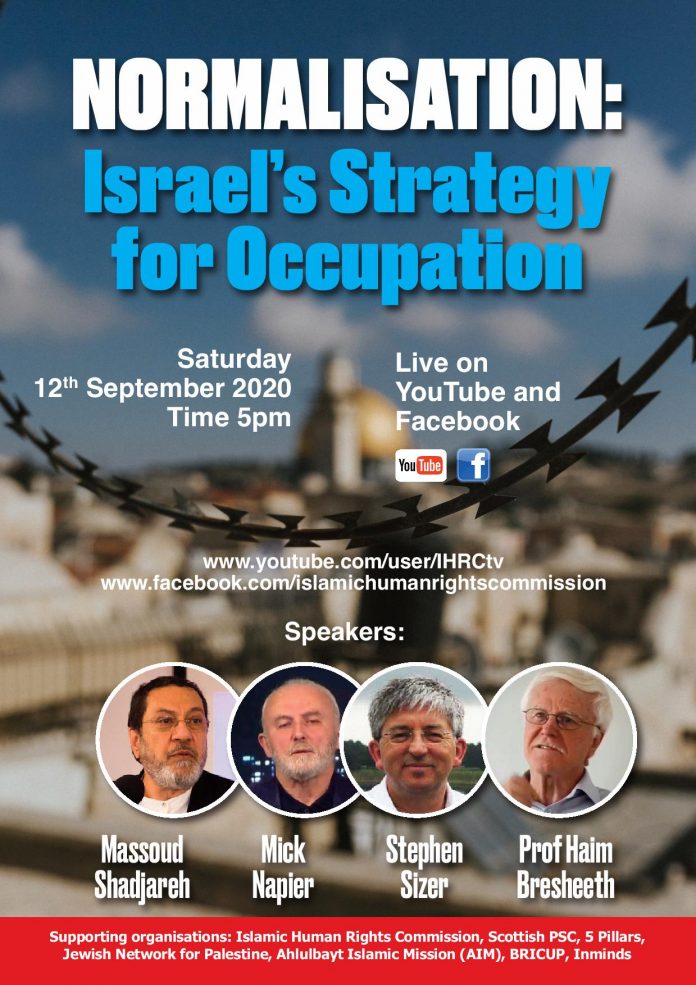 A live webinar event being held this weekend will condemn the normalisation of ties with Israel as an appeasement of violence and Apartheid.

Leading activists and scholars on the subject will address an international audience about various aspects of normalisation that Israel is using to cement its strategy of occupation in Palestine.

The issue was thrust into the spotlight recently when the UAE became the latest Arab country to sell out the Palestinians and recognise the legitimacy of the Zionist settler colonial state.

Among the speakers are Reverend Stephen Sizer who will elaborate on how Israel has also successfully made inroads into Christian communities in order to normalise the brutality of the occupation.

The event will take place on starts at 17:00 British Summer Time (GMT +1) and will be streamed live on Facebook and Youtube.