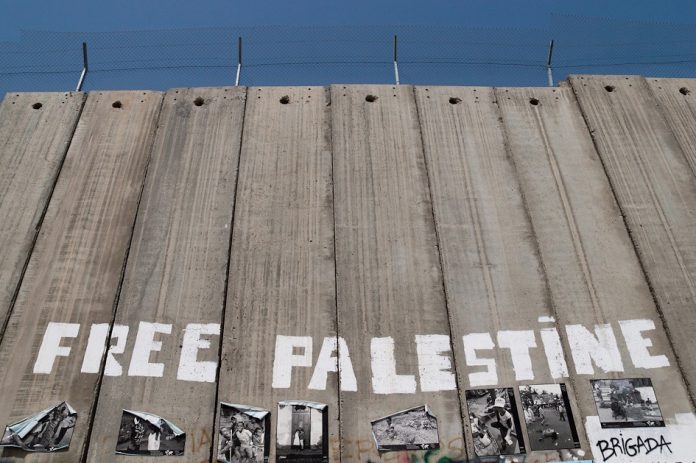 As the Muslim world prepares to celebrate the feast day of Eid al-Fitr which marks the end of the holy month of Ramadan, what should be a joyous occasion will this year be suffused with sorrow and grief for the tyrannised and oppressed people of Palestine.

As they confront the intensification of Israel’s brutal colonial activities with Samsonian defiance and courage at a time when even their Arab neighbours have abandoned them, it is imperative for supporters of justice everywhere to rally to their cause.

IHRC is calling on people to do whatever they can to highlight Israeli oppression and increase pressure on the international community to act.

People everywhere are already writing to politicians, helping human rights orgainsations and taking part in demonstrations. In addition to all these activities, IHRC urges people to show mass support by displaying the flag of Palestine in their homes, businesses, cars and anywhere else in order to draw attention to the Palestinians’ plight. A print-ready flag can be downloaded free of charge from our website.

Secondly, people need to demand more than condemnations from those in power. Over 70 years of condemnations without sanctions has only emboldened the Zionist state to the point that it can almost uniquely flout international laws and carry out the worst atrocities with absolute impunity.

The world is tired of mealy-mouthed platitudes from sellout politicians drawing a moral equivalence between the victim and the aggressor and asking both sides to sort out their differences. As the continued theft of land and the oppression of Palestinians shows us, Zionism, like apartheid in South Africa, is not something that can be negotiated with nor can it be reformed. Racism, dispossession and violence against the other are just as inherent to Zionism as they were to apartheid and likewise it must be dismantled.

We must all also recognise, call out and oppose the weaponisation of anti-Semitism that seeks to equate every criticism of Israel with anti-Semitism. Just as you weren’t anti-white if you opposed apartheid in South Africa you are not anti-Jew if you oppose it in Palestine.

Finally, IHRC also urges people to avoid cooperating or associating with Zionist groups that unconditionally support the state of Israel. Doing so only legitimises their racist values and undermines the Palestinian struggle.