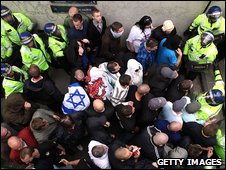 IHRC Weekly: Arzu Merali discusses the need to stand up to bullying on Palestine