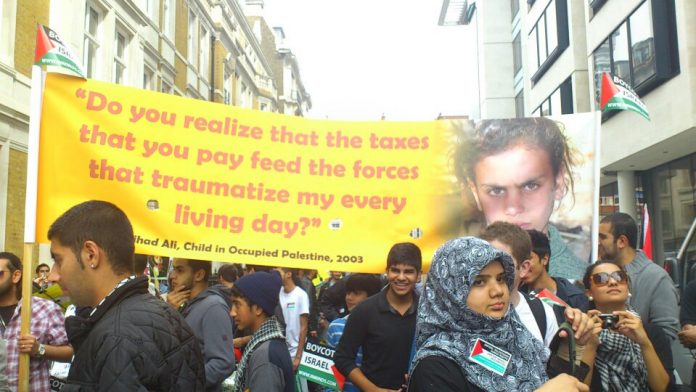 The march started near BBC Broadcasting House in Portland Place and proceeded along Regent Street, Piccadilly Circus, Haymarket and ended in Trafalgar Square with a rally.  Speakers at the rally included:

“This has been a historic occasion, with one of the largest turnouts of recent years.  It has sent the message once more to the world and the oppressed everywhere that they are not forgotten.  As Gaza is terrorised again, global civil society must show that it is willing to act to stand up for Palestine.”

As with previous years, there were counter-protests from far-right groups and Iranian opposition groups. This year both counter-demonstrations were very small, and contained by the police.