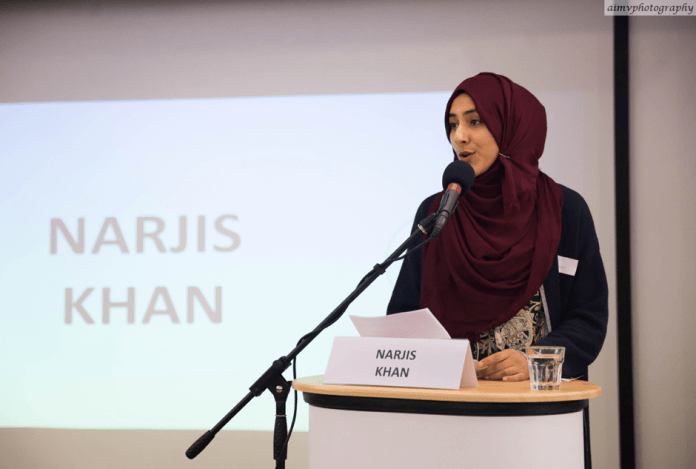 Narjis Khan’s latest musings on the failure to eradicate fascism and its current incarnations.

Fascism is alive and it has many supporters

The Supreme Court is neither check nor balance

Letting white supremacy triumph, but as it happens

This isn’t surprising, not a shock to the system

Of societies that always had an identity crisis

That claimed to love freedom and all things righteous

But simultaneously they murdered, they invaded, and colonised

Trafficked, enslaved and fought to monopolise

So I’m not surprised when the ‘land of the free’

Claiming it’s about that national security

Those magic words that give complete impunity.

When in actual fact we were the trend-setter

A whole referendum based on lies and deceit

In a new world, where we feel we’re losing our power

So we try to turn back the clock, go back to that ‘golden’ hour

All of these campaigns seem to be driven

By a desire to return to a time and place

Where the world was openly governed by one race

And though that supremacy still runs deep

Some have to lose so others can gain

And when they lose it’s always easier to blame

The ‘other’, the different, the easiest target in sight

With a narrative perpetuated by the far-right.

We’ve been here before, this demonisation

The ostracising, alienating, this vilification

These are dangerous times when any outcome can be rationalised

When banning people for their religion is accepted and actualised.

When the cries of children evoke neither sympathy nor pain

When the policy is to dehumanise – separate them and detain.

As Michael Rosen said ‘Fascism arrives as your friend.’

But what it actually signifies is the start of the end.