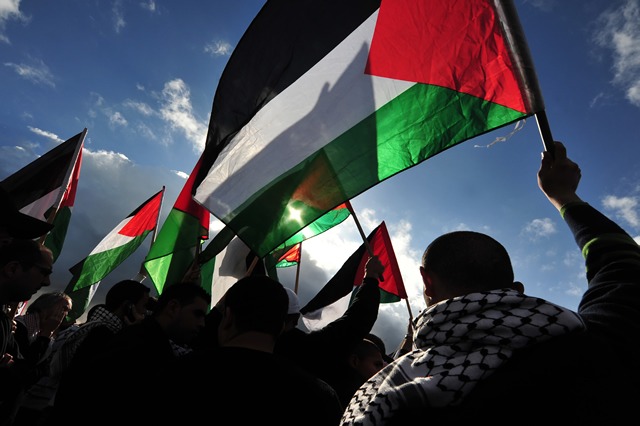 Palestine, we will never let you die,
No matter how they silence us, we will always cry,
‘Free, free Palestine!’ from this subjugation,
100 years since Balfour signed that declaration.
It was 1902 when Herzl wrote to a British Minister,
The founder of Zionism setting out his plan so sinister.
To Cecil Rhodes he provided this, his testimonial,
‘I turn to you,’ he said ‘Because it is something colonial.’
If you don’t believe me, then look at the archives of history,
All the things that have been deliberately kept a mystery.
What do people expect when land is taken illegally:
‘A people which fights against usurpation… will not tire so easily.’
So Israel’s first Prime Minister called it a ‘usurpation’,
Still people wonder why Palestine wants its liberation.

Palestine, you teach the meaning of resistance,
How to stay strong when facing the oppressor’s insistence.
Nobody but you understands the sacrifices you’ve made.
Nobody but you knows the price that you’ve paid.
They re-wrote history to justify your elimination,
To excuse the constant, barbaric and brutal suffocation.
They said you never existed to make it acceptable
To steal your land and inflict such terrible
Pain on your children, an innocent population,
Hundreds of checkpoints enforcing segregation
Between Israelis and Arabs, exposing the hypocrisy
Of the Middle East’s so called only democracy.

Palestine, blood will always flow through your veins,
No matter how heavy are the oppressor’s chains.
Gaza we know is an open air prison,
Almost 2 million living there with the imposition
Of a blockade, covering land, air and sea,
See this is what it’s like to live in occupied territory,
Your choices are not real, your decisions aren’t yours,
And the more you scream, the more you’re banging on closed doors,
Because they’ve already decided what your fate is to be,
But Palestine still you fight to be free.

Palestine, one day justice will be yours,
Accountability for those who’ve breached international laws.
The propaganda they use to tarnish your reputation
Will be exposed for what it really is, a means of manipulation,
To create a unified picture in the world’s imagination,
Of the violent Muslim who can’t control his illogical frustration.
So terrorism becomes something only Muslims can do,
And thus the narrative is embedded and kept firmly in view,
The divide is solidified between the ‘civilised’ and the rest,
On one side is Palestine, on the other side Israel and the West.
One shouldn’t be surprised that colonisers support one another,
They all stole lands that they claimed to ‘discover’,
And then they blame you when you try to fight back,
Instead of calling it self defence they call it an attack.
But Palestine we know who is really the aggressor,
And we will stand with you for justice against the oppressor.