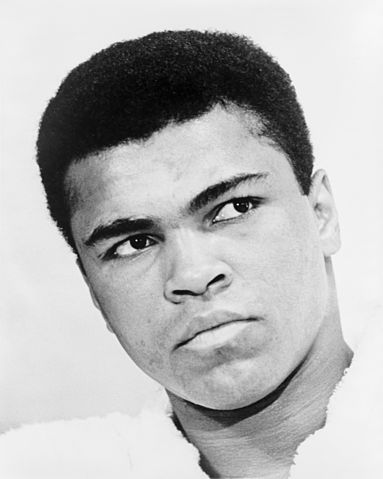 People are starting to worry about my growing frustration
Thinking I’m susceptible to that ‘radicalisation’.
Sorry, you’re mistaken, that’s not me
You can blame education and my politics degree.
Caring too much can get you in trouble it seems
They like their Muslims ‘moderate’ whatever that means
But Mohammad Ali really wasn’t a moderate
A radical for his times in case you’ve forgotten it.

In this era of trying to counter the ‘extreme’
You’re only considered ‘extreme’ depending on your team.
Double standards in reporting are just so laughable
The state of our media is truly remarkable.
Sensationalist headlines to grab your attention
But the agenda is decided based on skin complexion
Then when 700 drown it’s portrayed as more of the same
More death and despair, but someone else’s pain.

Hearing that word, ‘refugee’
Thinking to myself it could never be me
I start thinking of my grandma getting on a boat
with my 4 year old father, clinging on to hope
And no, they weren’t fleeing from a warring dictator
But a colonised land and now all these years later
Immigration itself is a dirty word
‘Just look at all the sacrifices we’ve incurred
From sharing our land’ like it was ours to share
Paying taxes leads to twisted notions of what’s fair.

So much open bigotry, such transparent hate
All presented as part of a legitimate debate
And by the way those sentiments aren’t new
Just buried under the surface waiting to spew.
The ‘civilised’ can be… not so civilised
But their motivations for murder are always trivialised.

Despite these bitter truths and the growing frustration
I’m still committed to hope, the eternal salvation.
Hope as an outlook, as a philosophy
Hope to achieve justice for every minority.
Hope to soothe the hearts of a despairing youth
Feeling their future was stolen at the voting booth
Hope to show the future can be theirs for the taking
Stand up for your rights without hesitating
Hope that our tomorrow will be better than today
Hoping hope wins and hate fades away.