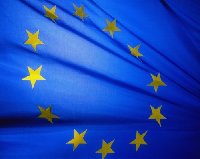 The EU Fundamental Rights Agency also said in its annual report that a majority of countries in the 27-nation bloc do a poor job compiling statistics on racism, further complicating efforts to accurately gauge the extent of the problem and come up with effective policies to tackle it.

\”Insufficient or nonexistent data collection, combined with poor rights awareness and the underreporting of discrimination and crime, leads to a situation where the true extent and nature of fundamental rights violations cannot be determined,\” agency director Morten Kjaerum said in a statement.

The report, which summarized findings released separately over the past months, said only 39 percent of 23,500 people from ethnic and immigrant minorities interviewed for a recent study were aware of a law that forbids discrimination against people on the basis of ethnicity when applying for a job. Only 20 percent knew of an organization that offers support or advice to people who have been the victims of discrimination.

\”It should be underlined that in order for individuals to benefit from their rights under EU law and take advantage of their legal heritage they must be made fully aware of these,\” the report said.

Only three countries _ Britain, Finland and Sweden _ had a \”comprehensive\” mechanism in place for collecting data on racist crime in 2007, according to the report.

In six countries _ Greece, Italy, Malta, Portugal, Romania and Spain _ no official data were collected or made publicly available.

\”In most member states there is no accurate recording of official complaints of racial discrimination and … the inferences that can be drawn from such statistics are very limited,\” the report said.
Kjaerum, noting that the scarcity of information reflected a lack of political focus, called for a Europe-wide data collection agreement.

\”What we see in the official statistics is only the tip of the iceberg. … There (are) very big hidden figures here,\” Kjaerum said.

Anastasia Crickley, chairperson of the Vienna-based agency\’s management board, warned that discrimination could get worse as the effects of the global financial crisis _ such as growing unemployment _ become more apparent.

\”Those affected by the crisis inevitably look for a scapegoat, which is often seen as those who are the weakest … minorities, immigrants and asylum seekers,\” she said.