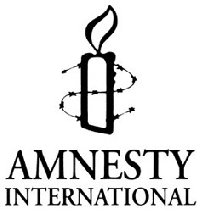 Millions of people living in southern and eastern Afghanistan, terrorized by the Taliban, other insurgent groups and local militias ostensibly allied with the government, suffered insecurity that further restricted their already limited access to food, health care, and schooling.

Indiscriminate attacks, abductions and the targeting of civilians reached unprecedented levels. The Taliban and other anti-government groups significantly expanded their attacks to cover more than a third of the country, including areas once considered relatively safe in the centre and the north. Increased military attacks between anti-government groups and US and NATO troops resulted in more than 2,000 civilian deaths. The government failed to maintain the rule of law or to provide basic services to millions of people even in areas under its control.

In January, the Afghan-international Joint Co-ordination Monitoring Board (JCMB) acknowledged that little headway had been made in the implementation of the Action Plan on Peace, Justice and Reconciliation.

The 2005 Action Plan called on the Afghan state to remove human rights abusers from positions of power, encourage institutional reform, and establish an accountability mechanism.

In its March annual review, the JCMB conceded that progress had been slow in the area of human rights. The JCMB also acknowledged that there was still insufficient civilian oversight of government security forces and law enforcement agencies, most notably the National Directorate of Security (NDS), Afghanistan’s intelligence agency.

In June, the government launched the Afghanistan National Development Strategy (ANDS), a road map for development until 2013. The ANDS is counterpart to the 2006 Afghanistan Compact, a political agreement between the Afghan government and donor countries.

Judicial and security sectors lacked the personnel, infrastructure, and political will to protect and promote human rights. The Ministry of Justice, which serves as the government’s lead agency for the implementation and mainstreaming of human rights, did not sufficiently collaborate with the Afghanistan Independent Human Rights Commission (AIHRC).

Without co-operation, recommendations by the AIHRC, including for investigations into military operations resulting in civilian casualties, were largely ineffective.

Working conditions including low wages and a lack of personal security are often cited as reasons for judges, prosecutors, and other civil servants working in the justice sector being susceptible to corruption, which is believed to be widespread.

Citizens lacked confidence in the formal justice institutions and regarded them as slow, ineffective and often corrupt. Most people, and in particular women, had difficulty accessing courts and legal assistance; most could not afford court fees or travel costs. Traditional jirgas and shuras (informal tribal councils), which operate outside the formal justice system and have led to violations of the right to fair trial, continued to handle an estimated 80 per cent of all disputes, particularly in rural areas.

\”Civilian casualties have been increasing since 2001 and 2008 proved to be the bloodiest year yet.\”

The trial proceedings continued of Afghan detainees from Guantánamo and Bagram transferred to the Afghan government for prosecution, but failed to meet national or international fair trial standards. The trials were undermined by serious flaws including lack of defence counsel and inadequate time to prepare a defence, the use of confessions obtained by torture and other ill-treatment and denial of the right to examine evidence and confront witnesses. A presidential committee was established in March to review trial complaints.

Even in areas of the country under government control, impunity prevailed at all levels of administration. No effective accountability mechanism had been established and only a handful of those responsible for serious violations of human rights and international humanitarian law during three decades of conflict have been brought to justice, mostly in other states under the principle of universal jurisdiction. Many regional officials and militia commanders continued to perpetrate human rights violations with impunity.

Arbitrary arrest and detention by the police and other official security agencies, as well as private militias working with Afghan and international security forces, were widespread.

The NDS continued to arbitrarily arrest and detain suspects without allowing access to defence lawyers, families, courts or other outside bodies. Scores of detainees were subjected to torture and other ill-treatment, including being whipped, exposed to extreme cold and deprived of food.

More than 600 detainees were being held at the US-run Bagram military airbase and other US military facilities outside the protection of international human rights laws and domestic laws. Some have been detained for several years and denied their right to due process, including access to lawyers and habeas corpus review.

Seventeen people were executed in 2008 and at least 111 others were on death row. The Supreme Court of Afghanistan upheld 131 death sentences issued by lower courts which await President Karzai’s approval. The trial proceedings in most cases violated international standards of fairness, including providing inadequate time for the accused to prepare their defence, lack of legal representation, reliance on weak evidence and the denial of the defendants’ right to call and examine witnesses.

• On 22 January, Sayed Parwiz Kambaksh was sentenced to death for “blasphemy” in a grossly unfair trial. He was convicted of downloading material from the internet on the role of women in Islam, adding commentary and distributing it at Balkh University in northern Afghanistan. On 21 October, following an appeal hearing, the sentence was commuted to 20 years’ imprisonment.

In December, Afghanistan voted against a UN General Assembly resolution calling for a worldwide moratorium on executions.

Abuses by Afghan and international forces

Civilian casualties have been increasing since 2001 and 2008 proved to be the bloodiest year yet. Most civilians were injured as a result of insurgent attacks but some 40 per cent (795) of civilian casualties were due to operations by Afghan and international security forces – a 30 per cent increase in the 559 reported in 2007.

Serious concerns about the indiscriminate and disproportionate use of air strikes were raised following several grave incidents. On 6 July US-led coalition air strikes in Deh Bala district in Nangahar Province reportedly killed 47 civilians, including 30 children; on 21-22 August air strikes carried out in Shindand district of Herat Province resulted in more than 90 civilian casualties, including 62 children.

In September 2008, responding to criticism regarding the high number of civilian deaths, NATO again revised its rules of engagement to limit the use of immediate air strikes if ground troops come under attack, giving more time to plan for an air strike and seek approval from higher levels of command.

NATO and US forces continued to hand over detainees to the NDS, Afghanistan’s intelligence service, which perpetrates human rights violations including torture and arbitrary detention with impunity.
Abuses by armed groups

Criminal gangs and armed groups (some ostensibly allied to the government) abducted foreigners and attacked business owners, aid workers, teachers, education aid projects and schools to destabilize security and halt development efforts throughout the country. Seventy-eight employees of various NGOs were abducted and another 31 killed. The Taliban and other insurgent groups stepped up their “tactic” of deliberately targeting women, including kidnapping.

• On 20 October, a British Christian Aid organization worker was shot dead in broad daylight in Kabul by Taliban insurgents on a motorcycle.
Armed criminal groups kidnapped high-profile Afghans for ransom. Most abductions went unreported because victims and their families feared retaliation and corrupt police officials with ties to armed groups.

• On 19 October, Humayun Shah Asefi, a relative of the late King Zahir Shah, was kidnapped by armed men from his home in Kabul. He was rescued a week later by Afghan police.

• On 17 February, a suicide bomber blew himself up close to a crowd of around 500 people watching a dog fight in Arghandab, Kandahar Province. Around 100 civilians were killed and dozens were injured.

• On 7 July, a suicide car bomb outside the Indian Embassy in Kabul killed 41 people and wounded nearly 150 others.

• On 30 October, a Taliban suicide bomber targeted the Ministry of Information and Culture in central Kabul, killing five civilians and leaving more than 21 injured.

Freedom of expression, which flourished briefly after the fall of the Taliban in 2001, was eroded by threats and attacks from both state and non-state actors.

The Taliban and other anti-government groups targeted journalists and blocked nearly all reporting from areas under their control.

• On 7 June, Abdul Samad Rohani, an Afghan journalist working for the BBC in Helmand province, was abducted; he was shot dead the next day, possibly in response to his investigation of the narcotics trade.

• In May, journalist Nilofar Habibi was stabbed by a woman on the doorstep of her home in Herat reportedly for working as a television journalist.

The government, in particular the NDS, and the Ulema Council (council of religious scholars) attempted to curtail media independence.

In September 2008, Ahmad Ghous Zalmai, a journalist and former spokesperson for the Attorney General, and Mullah Qari Mushtaq were each sentenced to 20 years’ imprisonment for publishing a Dari translation of the Qur’an without the Arabic text alongside.

Discrimination and violence against women and girls

Although women increasingly participated in politics and public life, their rights remained constrained by social prejudice and violence within the home and by armed groups. The number of women holding senior ministerial positions decreased.

• On 28 September, Malalai Kakar, the highest ranking policewoman in Afghanistan, was killed by Taliban gunmen near her home in Kandahar.

• On 12 November, two men on a motorcycle used water pistols to spray acid on some 15 girls walking to school in Kandahar, blinding at least two of them and disfiguring several others. Ten Taliban insurgents were later arrested in connection with the attack.

Women suffered from high rates of domestic violence and had little, if any, recourse to legal protection. According to the AIHRC, 60 to 80 per cent of all marriages were forced and under-age marriages occurred in high numbers. Women who sought to flee abusive marriages were often detained and prosecuted for alleged offences such as “home escape” or “moral” crimes that are not provided for in the Penal Code.

Insecurity caused by the Taliban and other insurgent groups in the south and east stopped many aid organizations from operating in these areas. In August, the International Rescue Committee halted all aid operations in Afghanistan after four workers were killed by militants in Logar province. In Kunar province, the significant Taliban presence prevented the UN High Commissioner for Refugees from directly providing supplies to Pakistani refugees who had fled fighting between the Pakistani security forces and pro-Taliban insurgents in Pakistan’s Federally Administered Tribal Areas.

Right to health and education

The year saw increased attacks on schools, the intimidation of teachers and female students primarily by the Taliban, and greater disruption of classes because of armed conflict. In areas controlled by the Afghan government, both health and education systems suffered from inadequate funding, lack of qualified professionals, and security problems. Deteriorating security forced the Ministry of Public Health to shut down a significant number of health clinics, the only health services available to many people.

More than 276,000 Afghan refugees living in Iran and Pakistan returned home in 2008 according to UNHCR. Many returnees faced destitution, with scarce job opportunities and lack of access to land, housing, water, heath care and education. Some returnees became internally displaced because their property had been appropriated by local power-holders.
In September, more than 20,000 people fled from Pakistan to eastern Afghanistan to avoid the fighting between the Pakistani security forces and pro-Taliban insurgents in Pakistan’s Federally Administered Tribal Areas.