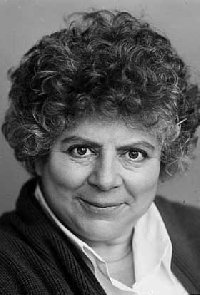 British actress Miriam Margolyes, who has appeared in numerous plays and films in Britain and Australia, was due to entertain residents at a Jewish Care old people\’s home on Tuesday.

But late on Monday she got a call asking her not to turn up.

She believes it is because she is appearing in a play titled Seven Jewish Children next week, organised by the lobby group Australians for Palestine.

\”I wouldn\’t dream of appearing in anything that was anti-semitic, I loathe anti-semitism,\” she told AAP.

\”But I equally loathe any fascist attempt to muzzle dialogue about the situation in the Middle East which is catastrophic.

\”I think Jewish Care have made a dreadful mistake, and I\’m sorry because I\’m a supporter of Jewish Care and they run a wonderful home there.\”

She believed the eight-minute play, also featuring prominent actor Max Gillies, had been labelled anti-semitic because it accused Israel of making mistakes in its dealings with Palestinians.

The play features seven families and travels through history, starting with the Holocaust and finishes with a contemporary situation in Gaza.

\”It\’s not in any way anti-semitic but it\’s highly critical of certain Israeli positions,\” Ms Margolyes said.
She added if Jewish Care were to re-invite her, she would happily attend.

\”I think it is one of our duties to be charitable and I\’m just terribly sad that I\’m not being given a chance to raise money for a Jewish old people\’s home,\” she said.