A culture of genocide denial

Home
IHRC in Media
A culture of genocide denial 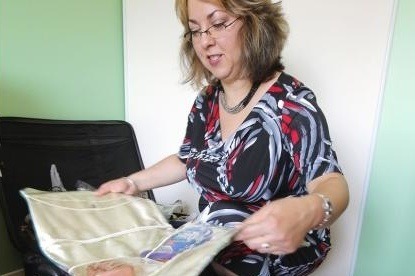 We stood in the school yard of the Vuk Karadzic elementary school in Visegrad, a town in eastern Bosnia. Although the school year was over, there were a few kids out playing ball.

It seemed like a typical summer day in an average town. But there’s nothing ordinary about Visegrad or this school. In 1992, at the start of the Bosnian War, Bosniaks (Bosnian Muslims) were ethnically cleansed out of Visegrad by Bosnian Serb forces acting in conjunction with the Yugoslav National Army (JNA). Before the war, this school was called Hasan Veletovac. During the war, it served as a concentration camp, one of many in Visegrad where Bosniaks were imprisoned, raped, tortured and killed by Serb forces.

I went to Visegrad that day with Bakira Hasecic, President of the Sarajevo-based Women Victims of War, an association providing support to those raped during the war. We were there with a film crew from the U.K. led by Assed Baig. Sponsored by the Islamic Human Rights Commission, they were in Bosnia to document the occurrence of genocide throughout the country, and to demonstrate that this phenomenon was not unique to Srebrenica.

A woman who lived in Visegrad during the war told us how she was imprisoned in this school, along with members of her family. She spoke of being raped there by Serb soldiers every single day and night. At times she was raped in front of her mother or her father, who were beaten while she was raped. She described how one day, soldiers cut off the head of her mother’s maternal uncle and played ball with it in the school yard.

Even more disturbing than these stories is the knowledge that this building continues to be used as a school. Serbian schoolchildren who attend classes here are told by their elders that the accounts of wartime atrocities against the town’s Bosniak population are lies. At the town’s Muslim cemetery, just a stone’s throw away from the school, we saw a monument unveiled there in May as a tribute to the town’s Bosniak victims of genocide. Those who worked to establish this monument have faced harassment and intimidation by local authorities, who want the monument either removed from the cemetery grounds altogether, or have the word “genocide” removed from the monument.

This culture of genocide denial is widespread throughout Bosnia, especially in the Serb Republic entity of Bosnia, which has been cleansed of its non-Serb population.

While in Bosnia, I met Satko Mujagic, a survivor of the notorious Serb-run death camp Omarska, and members of the group he founded, the Guardians of Omarska. The group’s main purpose is to provide support for survivors of the concentration camps and their families, as well as to memorialize the atrocities committed against these innocent victims. This isn’t easy. Survivors who return to the towns and cities from which they were driven away often live in a climate of hostility and fear. It’s common for local authorities to ban any memorials at sites like the Omarska concentration camp in the Prijedor municipality of north-western Bosnia. Survivors are often barred from visiting sites where atrocities were committed against them and their loved ones. They’re also forbidden to use the word “genocide”.

Seventeen years after the end of the Bosnian war, the citizens of this country are battling a different sort of demon – a pervasive culture of genocide denial, one that steadfastly refuses to acknowledge the extent of the horrors committed during the war, yet at the same time glorifies war criminals and their supporters.