Home
Events
A Journey of Love: An Intifada Street Exhibition 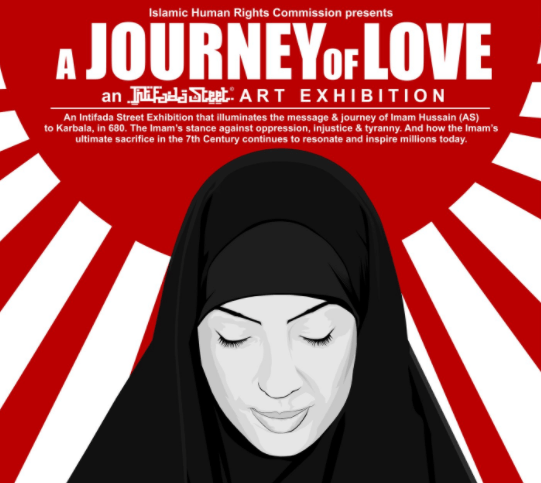 Join us for the latest exhibition at IHRC Gallery! Featuring artist Mohammad Hamza, the latest Intifada Street Exhibition illuminates the message and journey of Imam Hussain (AS) to Karbala in 680. Exploring many themes such as the Imam’s stance against oppression, injustice and tyranny and how the Imam’s ultimate sacrifice in the 7th century continues to inspire millions today.