A letter to the OHCHR regarding Sheikh Nimr

Home
Open letters
A letter to the OHCHR regarding Sheikh Nimr 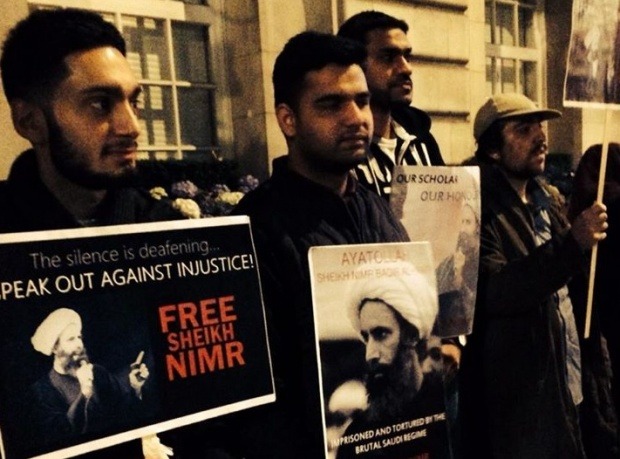 Office of the High Commissioner for Human Rights

Sent by email to: urgent-action@ohchr.org

We are writing to request your urgent intervention to help stop the execution of Sheikh Nimr Baqir al-Nimr in Saudi Arabia.

The sheikh’s fate nows lies in the hands of the Saudi ruler, King Salman, after the Supreme Court today confirmed the death sentence against him. The king can suspend or endorse the execution.

Sheikh is a leading Shia scholar for whom the Islamic Human Rights Commission (IHRC)has consistently campaigned since his arrest in 2012. He was detained on trumped up charges of apostasy and terrorism after leading anti-government protests in the country. He has been severely tortured in detention.

In view of OHCHR’s ongoing concerns over Saudi Arabia’s liberal use of the death penalty, IHRC calls on the office to exert pressure on Riyadh to revoke the sentence and immediatelly release Sheikh Nimr.

Sheikh Nimr is one of many victims of the government’s crackdown on all opposition to its authoritarian regime. IHRC’s research from 2011 (the beginning of the demonstrations in the Shi’a majority Eastern Province) indicates that there are an estimated 30,000 political prisoners in Saudi Arabia out of a population of approximately 18 million Saudi nationals. Whilst the 30,000 political prisoners are drawn from different sections of Saudi society, the government uses the arrest of personalities like Sheikh Nimr to sectarianise opposition to the regime.

Sheikh al-Nimr has been active in demanding more liberty, constitutional changes and an end to sectarian discrimination in the country. His arrest, detention and planned execution are set against the backdrop of the increasing violence and authoritarianism of the Saudi state that seeks to marginalise and abuse minority groups in particular.

Today’s confirmation of the death sentence also makes a mockery of the UN Human Rights Council given Saudi Arabia’s presence on it.

We trust all necessary steps will be taken to secure Sheikh Nimr’s immediate release.