A letter to the opposition regarding the counter-terror proposals 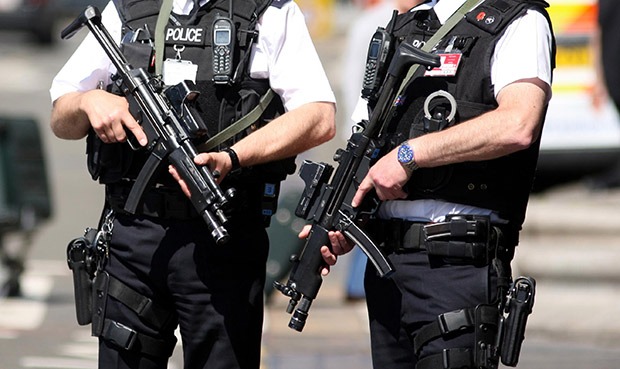 The Islamic Human Rights Commission (IHRC) is deeply alarmed by the recent counter-terror proposals presented by David Cameron and Theresa May. We have repeatedly highlighted the affront to civil liberties that the counter-terror legislation has legitimised over the last 15+ years, with the Counter Terrorism and Security Act 2015 (CTS) being the most troubling to date. Yet, the proposals announced this week are Orwellian in nature and create a drastic new precedent that seeks to criminalise mere thought.

Given your general opposition to much of the erosion of civil liberties that have taken place at Westminster over the years, IHRC urges you and your members in Parliament to take a stand against these new proposals, particularly given your strong position in Westminster following the impressive results in the general election.

As you will already have heard the proposals from the Prime Minister and Home Office the new measures target those who fall outside of the loosely defined term ‘extremist’. CTS and the government’s Prevent strategy seek to label groups or individuals as ‘extremist’ if they express ‘vocal or active opposition to fundamental British values.’ Examples of ‘fundamental British values’ are given, but explicitly stated to be non-exhaustive. This means that ‘British values’ is a concept that could keep expanding. The new proposals seek to target those who do not even fall within this definition. The implication is therefore that expression of any views that are not in line with government rhetoric could be criminalised and thus action will be taken against those individuals/groups.

The government will give itself the opportunity to ban groups or ‘disrupt’ individuals deemed to be participating in ‘harmful activities’. The definition of ‘harmful’ is that which is a ‘threat to the functioning of democracy’, which again is vague and adopts a very low threshold for such categorisation.

The proposals additionally plan to impose strict guidelines on broadcasters, which suggests a restriction on freedom of the press, and the Home Office intends to draw up a blacklist of organisations and individuals deemed to be colluding in entryism. These policies are fundamentally racist, succumbing to a far-right ideology that minority groups seek to infiltrate and cause the collapse of the British state.

It is clear from previous government rhetoric and policies that when the state refers to ‘terrorist’ and ‘extremist’, they are referring to Muslims. Examples of this can be seen in reference to the government’s recent Prevent guidelines where examples of ‘extremism’ focus almost exclusively on Muslims, and with the Trojan Horse scandal, where the government was shown to exercise anti-Muslim bias by fabricating the threat of an ‘Islamist takeover’ of Birmingham schools.

Perhaps one of the most alarming proposals stated by Mr Cameron and Mrs May is the positive duty to express support for British values. While the Prevent guidelines state it would be an offence to express ‘vocal or active opposition to British values’, this new development goes further by suggesting the need to actively promote this. This sets up the implication of state propaganda, leaving little room for genuine and justified criticisms of the state.

It is clear from these proposals that Britain is entering a phase of unprecedented state suppression of dissent and difference. Given that the Conservative party won the election outright it is apparent that they view it as a green light to bring in measures that will severely restrict individuals’ civil liberties. That they are proposing to repeal the Human Rights Act is further testament to that.

We therefore urge you to pay close attention to these proposals as they are aired in the Queen’s speech, and when they are subsequently presented in a Parliamentary Bill. As the proposals progress IHRC will continue to closely analyse the developments, in this process we hope to continue to engage in dialogue with you.