Action Alert: Egypt – Violations by the army must be brought to an end

Home
Act Now
Action Alert: Egypt – Violations by the army must be brought to an end 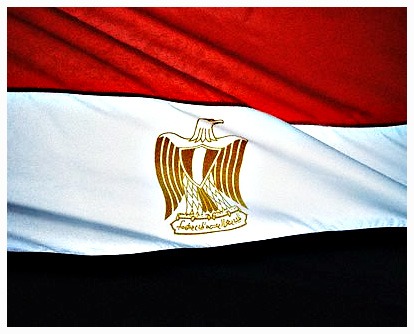 The Islamic Human Rights Commission is concerned over the continued violations by the Egyptian army against the peaceful protesters, postponement of presidential elections and the new draft law criminalizing and banning protests.

The army has not bothered to take any action against the perpetrators of these violations within its ranks.

Activists have documented violations carried out by the army including torture, beatings and the use of electric sticks against protesters. The trials of citizens before the Military courts continue, this must be brought to an end. Military courts should be limited to soldiers and people in the army alone while civilians are tried before the normal courts and civil law.

Nationwide political protests and labour strikes took place since the overthrow of former President Hosni Mubarak on 11 February. A draft law was passed by the government last week that criminalises protests and strikes that would hamper work at any private or public establishment. Under the new law, anyone organising or calling for a protest would be sentenced to jail and/or a fine of up to LE 500,000.

The military has also used force to disperse protests at Cairo University calling for the removal of the Dean of the faculty. The protestors objected to the intervention by the military stressing that the Egyptian people have sacrificed much to get rid of the dictator Mubarak and his repressive regime adding that they are prepared again to sacrifice if their freedom is taken away from them once more.

The new draft law would be enforced as long as the current Emergency Law is implemented, but it needs to be approved by SCAF. The law is considered a violation of the right to protest, and the right to the freedom of opinion and expression, protected under the Egyptian Constitution and international human rights conventions.

A large number of political figures and members of the Muslim Brotherhood are still banned from travelling abroad without any legal justification. Freedom to travel is a right of every individual.

It has been reported that there were tendencies by the Supreme Council for Armed Forces (SCAF) to hold the Parliamentary elections in September 2011 and postpone the presidential elections to June 2012 until the completion of the new constitution prior to holding presidential elections. The delay in holding these elections will have a negative impact on the stability of Egypt.

Write to the Supreme Council of Armed Forces urging them to end the use of violence against protesters and investigate these brutal allegations.

Re: Bring an end to violations carried out by the Egyptian army

I am utterly shocked by the news of ‘strip searches’ of female protesters by the army, as well as having to undergo forced ‘virginity tests’. I urge you to investigate these allegations as soon as possible and bring the perpetrators to justice.

Furthermore, the new anti-protest draft law is contrary to the demands of the January 25th revolution. This violates the freedom of expression guaranteed by the Egyptian Constitution and the International Human Rights Conventions ratified by Egypt. Thus becoming legally binding on the Egyptian government. I urge you to communicate in dialogue instead of suppressing protesters.

I look forward to your reply regarding these urgent matters.