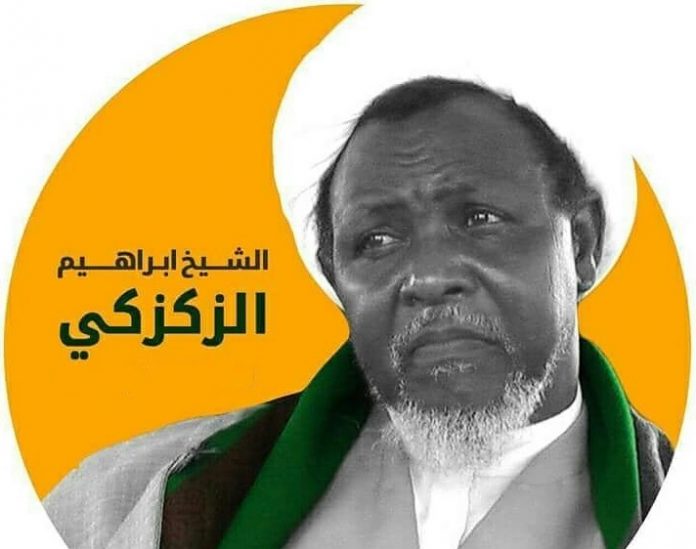 Massive #FreeZakzaky demonstrations continued in various Nigerian cities as government authorities are abusing the court process by various ploys to prolong the trial and illegal detention of Sheikh Zakzaky and his wife. During this week the Kaduna court dismissed two government appeals against the Islamic movement for lack of merit.

Nigerian Army Begs Court To Give Secret Testimony Against Members Of The Islamic Movement
29 March 2019
In what appears to be a face saving move, the Nigerian Army officers listed as witnesses in the case of alleged culpable homicide against some members of the Islamic Movement arrested since December 2015 during the infamous Zaria massacre have asked to be allowed to testify in camera, citing what they call fear for their safety as reason. Click here to read the full report.

The Kaduna Court of Appeal today Thursday 28th March, 2019 threw out two appeals brought by the Kaduna state government against two landmark judgements given by two separate Kaduna High Courts that discharged and acquitted members of the Islamic Movement in Nigeria for lack of merit.

In first of the two appeals, the Kaduna state government had appealed against the judgement of the state High court that in November 2017 discharged and acquitted 15 members of the Islamic Movement who were arrested a few days after the Zaria massacre in Kaduna for protesting the mass murder and arrest of Sheikh Zakzaky, and tried for sundry offences including unlawful assembly and causing bodily hurt to police and security officers.

The second appeal was against the judgement that also discharged and acquitted about a hundred members of the Islamic Movement who were arrested during the Zaria massacre of December 2015 and tried for alleged offences including culpable homicide. Click here to read the full story.

The Kaduna State High Court has again adjourned the trial of the leader of the Islamic Movement in Nigeria, Sheikh Ibrahim Zakzaky and his wife, Malama Zeenat, indefinitely to make room for the presiding judge, Justice Gideon Kurada to serve as judge in the Presidential and National Assembly Elections Petitions Tribunal in Yobe.

At the resumed hearing today, the judge had called counsels on both sides and offered two options to agree on, either to transfer the case to another court whose judge would be available for the duration the judge would be serving at the election tribunal or to wait until he completes his assignment at the tribunal. The defense lawyers chose the later after an extensive consultation on the pros and cons of either option. The case was consequently adjourned indefinitely.

Massive Protest Demanding The Freedom Of Sheikh Zakzaky was  Staged In Kaduna today Saturday the 23rd of March 2019, as Sheikh is to be Arraigned in Kaduna Court For Hearing On Monday the 25th of March 2019.

Thousands of brothers and sisters, faithful followers of the revered leader staged fresh protest in the city of Kaduna today, 23/3/2019, despite tight security measures at some targeted areas, demanding the immediate release of their  leader, Sheikh Ibraheem Zakzaky and his wife who had since been acquitted of any crime by a federal high court in December 2016.

Meanwhile, in the course of the protest, it was reported to have said that armed mobile Police security agents have been deployed to some targeted areas, but the protest went successfully.

Security forces on Thursday the 21/3/2019 in Zaria, attacked peaceful brothers and sisters of the Islamic Movement in Nigeria, while peacefully conducting an annual program at Darul Rahma (Martyrs’ graveyaard).

Faithful brothers and sisters of the Islamic Movement were gathered at the the martyrs graveyard that evening to commemorate their brothers when the security forces suddenly started firing gun shots..

Reports from Zaria states that, the security forces spent couple of minutes firing ammunition on brothers and sisters who were arm less. It was also reported that the security forces arrested some sisters along their way to Darur Rahma but were late released.

Brothers and sisters of the Islamic Movement have been experiencing these fierce attacks from Nigeria security operatives at different times since 12-14th December 2015 incident, where lives of over 1000 of  peaceful citizens were exterminated by the securities in a country where Democracy rules.