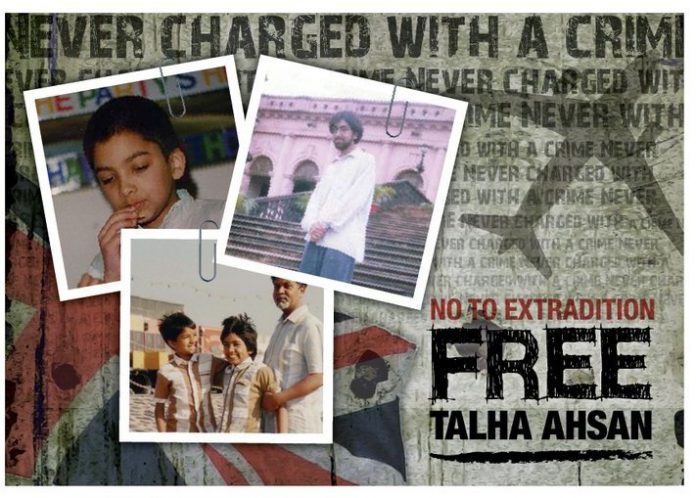 Check if your MP has signed here

The text of the EDM is below:

That this House notes that it has been over five months since the House of Commons passed a motion on 5 December 2011 calling on the Government to reform the UK’s extradition arrangements to strengthen the protection of British citizens by both introducing, as a matter of urgency, a Bill to enact the safeguards recommended by the Joint Committee on Human Rights in its Fifteenth Report, HC 767, and by pursuing such amendments to the UK-US Extradition Treaty 2003 and the EU Council Framework Decision 2002 on the European Arrest Warrant as are necessary in order to give effect to such recommendations; further notes that it is over seven months since the Scott Baker Review of the UK’s extradition laws; welcomes the announcement in March 2012 by President Obama and the Prime Minister of a joint initiative to look into the operation of the UK-US Extradition Treaty; believes it would not be in the public interest for anyone to be extradited to the United States from the UK until the urgent legislation called for by Parliament to amend the 2003 Treaty has been passed; supports the Home Affairs Select Committee’s recommendation for the Home Secretary to publish the evidence to the Baker Review immediately; and calls on the Government to bring forward legislation in line with Parliament’s wishes.

1. 5 months have passed since the Government told to urgently reform our extradition laws

•    Motion passed on 5th December 2011 more
•    It calls on the Government to strengthen the protection of British citizens by both introducing, as a matter of urgency, a Bill to enact the safeguards recommended by the Joint Committee on Human Rights

2. The Government has done nothing.

3. Lives are being ruined
•    Despite having not been to the USA since he was 5, Richard O’Dwyer is facing extradition to the US for an activity which would likely not even amount to an offence under UK law.more
•    Gary McKinnon, who has Asperger’s syndrome, faces up to 60 years in jail for hacking into Pentagon and Nasa computers between February 2001 and March 2002.more
•    Babar Ahmad, an IT worker from Tooting in south London, has been held in jail for more than seven years while contesting extradition to the United States. more
•    Julian Assange, has spent 535+ days under house arrest. He has not been charged with any crime. Even if true, the allegations against him would not be illegal in the UK. He could be imminently extradited to Sweden. more

4. Independence of Baker review questioned
•    High level US involvement in the Baker review – up to and including US Attorney General Eric Holder more
•    Public are NOT to be told what was discussed denied FOI request
•    Did the review meet anyone who’s actually experienced the Extradition Act as a defendant? also a secret

Get started by entering your details here