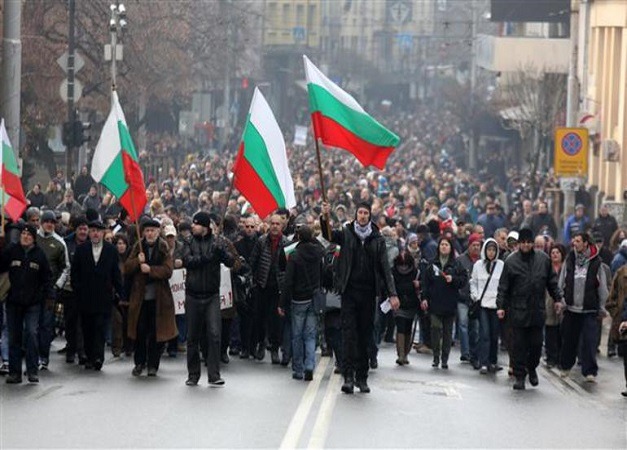 Please write to the Bulgarian Ambassador of your country urging him to take action in curbing the extremist groups that are inciting religious hatred against Muslims of Bulgaria and are instigating mosque attacks.

Bulgaria has seen a recent increase in Islamophobia with the rise of extremist nationalist groups. The current attack on a historic mosque on 14 February 2014, when around 3000 protesters attacked a historic mosque in Plovdiv, is a warning for future hate crimes if their movement is not curbed immediately.

On 14 February 2014, thousands of nationalist supporters – many of them belonging to football clubs – reportedly attacked the historic Dzhumaya mosque in Plovdiv with firecrackers, torches and stones, breaking windows and causing damage to property. According to reports, 120 of the ‘hooligans’ were arrested on the spot, of whom five were penalised with three-day detentions and four were fined. The mob then later marched on to the Turkish consulate and the city headquarters of Movements for Rights and Freedoms (MRF) – the political party representing Muslims; however, they were dispersed by riot police. One of the attendees in the mosque reportedly related that they protected themselves with chairs when the stones were being thrown in and managed to pick up a few Molotov cocktails  that had been thrown in and hurled them outside before they exploded.

The attack was in protest of the court appeal case dealing with the return of the ancient mosque of Kurshum in Karlovo, held by the state for more than 100 years, to the office of the Bulgarian Chief Mufti. Under the Religious Denominations Act, which allows recognised religious groups in Bulgaria to reclaim lost property, the Grand Mufti has lodged more than two dozen property claims to regain ancient properties seized from the Muslims of the Bulgarian region after Ottoman governance ended in 19th century.

The protesters were shouting slogans of hate against the Muslims as they launched their ‘missiles’ into the mosque such as ‘you are not Europeans – you are barbarians’.

A week earlier, on the 7 February 2014, the nationalists launched a huge protest in the second largest city of Karlovo where the Mufti and his office had lodged a claim for property. The crowd was emotionally charged as they reportedly ‘besieged’ the court building in the town of the birth place of national hero Vassil Levski, who died fighting the Ottomans.

However, there has been some support against the attack on the Muslim minority. The Bulgarian President showed ‘concern’ and called on political leaders to ‘soften’ their nationalistic ‘tone’. Further, Bulgarian priest Alexander Cikrik of Sveti Georgi Church, condemned the attack, stating that religious places should be kept separate from politics. MRF also strongly condemned the attack pointing that this is an ‘undeniably political’ attempt to put the government down.

Meanwhile representatives of two major football clubs in Plovdiv have offered to pay for the costs of the damages to the Dzhumaya mosque and hence want to ‘distance’ themselves from any involvement in the attacks.

However, this attack is not an isolated incident as hate crime is reported to be on the rise against the Muslims in Bulgaria, from both refugee communities and established national minorities including Pomak, Turk and Roma Muslim.

Re: Concern over increase in Islamophobic attacks on Muslims and mosques in Bulgaria

I am very concerned about the recent attack of thousands of protesters on Dzhumaya mosque in Plovdiv on 14 February 2014.

According to reports the mob comprised of many football fans and other ultra-nationalist supporters who are against the reclamation of the ownership of the mosque property by the Muslims. They reportedly caused significant damage to the historic mosque and launched firecrackers, torches and stones, thus breaking the windows.

The protesters were reportedly shouting slogans of hate against the Muslims as they launched their ‘missiles’ into the mosque such as ‘you are not Europeans – you are barbarians’. The mob then later marched on to the Turkish consulate and the city headquarters of Movements for Rights and Freedoms (MRF) – the political party representing Muslims; however, they were dispersed by riot police.

This attack is not the first reported incident of Islamophobia in Bulgaria. In fact hate crime against Muslims is said to be on the rise.

Muslims and Christians have enjoyed a peaceful relationship in your country in the past but certain extremist groups are trying to ruin this image of religious tolerance. I urge you to put a stop to their divisive plans and schemes in the future.

The Dzhumaya mosque is not only a sacred place of worship but also enjoys great historic significance for the Muslim community of Bulgaria. Kindly ensure that mosques and other places of worship are granted special protection under law. Further, please ensure that the rights of the Muslims are protected and they are allowed to practice their religion in peace. Also, ensure that all those inciting religious hatred towards Muslims should be arrested and sentenced and their movements should be eradicated in the interest of the peace of your country.

Embassy of the Republic of Bulgaria in Australia

Embassy of the Republic of Bulgaria in Berlin

Permanent Representation of the Republic of Bulgaria

EMBASSY OF THE REPUBLIC OF BULGARIA IN OTTAWA, CANADA