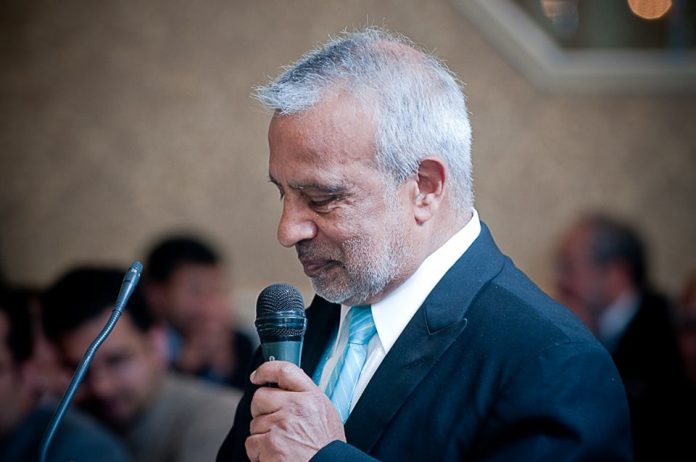 On 11 September 2014, Ghulam Abbas Sajan passed away in Toronto, Canada. He was a longtime supporter of the Islamic Human Rights Commission and we were deeply saddened to hear of his passing. The advice he provided on numerous Canada-related issues was invaluable and a great help to the organization. His message of universal cooperation and his campaigning for justice was an inspiration to all. He will truly be missed – not only by IHRC but by the family he leaves behind and the many organisations and communities he helped to support.

Ghulam Sajan was born on 25 September 1939 in Kampala, Uganda. After moving to Canada in 1972 he founded the Federation of the Shi’a Muslim Communities of North America (NASIMCO). In 1993 he also formed the Islamic Shia Assembly of Canada which helped unite Shia communities all over the country. He has received a number of Lifetime Achievement Awards, initiated powerful fundraising campaigns and encouraged communication and relationships between different communities. He is a special figure who will always be remembered by the many he helped

Please recite Surah Fatiha for him

Link to The Last Speech by Ghulam Abbas Sajan

In Memory of Sayed Mahmoud Mousavi