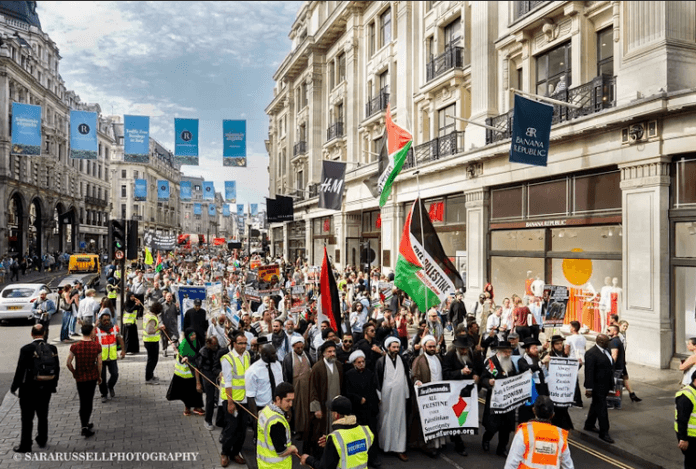 This has been a difficult period for those of us based in the UK, and this week’s terrorist attack in Finsbury Park has been a horrifying development in the ever worsening state of affairs that Muslims and the many marginalised as ‘others’ in Western societies have found themselves in.

IHRC has been logging and analysing how the normal day to day activities of Muslims, their beliefs, their forms of worship, the expression of both their hopes and their grievances have been denied and vilified by media, political and other institutional discourses. The way that the media, politicians and institutions speak about Muslims, and create policies to deal with Muslims, we have consistently argued, has created an environment of hate. Our latest publication on the UK, ‘Environment of Hate: the New Normal for Muslims in the UK’ has been much lauded for its statistics and analysis.

Part of our complaint is that year in and year out the organisations of the Muslim community from all different backgrounds have been demonised: whether its Salafis and Sunnis in the current era, or Shias some years ago, whether its organisations linked to Ikhwan ul Muslimeen or those like CAGE that have been advocating against the abuses of the so-called War on Terror, or the MCB harangued at various times on various issues, and many others, we have been consistent in this regard. This analysis is one that our campaigners and friends have been instrumental in developing and we thank you for helping us on this journey of understanding.

We have been especially vociferous in our support of Palestine and those individuals and organisations that push for peace with justice in this matter. As part of this we have helped to organise the annual Al-Quds Day march which many of you in the UK have attended and or supported. This event has been frequently targeted by racists, whether from the British far-right, The Spectator and Breitbart.com, and Zionist groups amongst others. This year saw unprecedented attacks, with IHRC and Friends of Al-Aqsa targeted over our support for this event. A campaign by We Believe In Israel targeting the London Mayor, calling on him to ban the event, raised the temperature of Islamophobic and racist rhetoric. Despite various representations in support of Al-Quds Day sent to the mayor including from many Jewish activists, it transpires that the Mayor’s office helped ‘Campaign Against Antisemitism’ make representations to the police to have the event banned.

We have written twice (once before and now once after the event) expressing our disappointment that he has been instrumentalised by a racist campaign to ban the right to peaceful multi-faith protest against injustice against Palestinians.

We urge you to express your disappointment to the London Mayor directly, and also to remain steadfast in your support of events like Al-Quds Day or the Palestine Expo (now also under attack). Please see a model letter regarding Al-Quds Day below. Please use or adapt as you see fit. Please let us know if you receive any response.

With prayers and peace,

I am deeply concerned to hear that your office has facilitated a campaign to have Al-Quds Day banned. The racist demonisation of Al-Quds Day this year has exceeded all previous experiences and its impact can be seen not only in the threats of violence and statements of hatred found in social media, it is even reported that the alleged Finsbury Park attacker railed against Al-Quds Day the night before committing his terrorist attack.

We trust that you will make clear that you are no longer involved in supporting either the call for a ban, or any of the racist slurs levelled at the event, as terroristic or anti-Semitic. We are sure you are aware of the peaceful nature of the event, the laudable aims of the event in supporting peace with justice in Palestine, and the participation and support of many Jewish groups and figures in this Muslim led, multi-faith event.

It is your duty as mayor to prevent this type of attack on anti-racist movements, and protect the rights to protest against injustice.

I look forward to your confirmation that you will henceforth protect Al-Quds Day from such attacks.