Welcome to the Nigeria Digest. We used to send this digest fortnightly but due to recent developments we feel we need to keep you updated on a weekly basis. In this issue you will find an overview of the last week’s events, including insight into mass student demonstration in Abuja, remembrance of last year’s Shuhada in Funtua and update on court proceedings against IMN members.

We are urging campaigners to continue with the campaign with the African Union. ;Please see thecampaign actions;below. We note that the month of Moharram is a time that the Nigerian regime has often clamped down on the Islamic Movement in Nigeria, often using a sectarian narrative to justify their actions. In anticipation of this please also circulate Nusaibah El-Zakzaky’s letter on the Islamic Movement as widely as you can.

2. If you have written and received a response please forward it to IHRC at info@ihrc.org.

Additionally I am really concerned that there will be further crackdowns by the Nigerian army and/or government on the Islamic Movement in the coming weeks. As you are doubtless aware it is the Islamic New Year, and unscrupulous members of the army and government have previously used a deeply sectarian and divisive narrative to justify violent actions, including shooting at religious worshipers and or protesters on demonstrations, curtailment of religious services and various violations. In some previous instances, sectarian rhetoric from institutions linked to the government and army have incited mob attacks on IMN members.

The Presidential Investigative Panel set up by the then acting President, Yomi Osinbajo, to investigate cases of human rights abuses by the Military will begin public sittings from Monday, October 16 for a period of one week.

The Free Zakzaky Campaign Team announced the submission of a Memo to the Panel sometime back following a rare opportunity granted by the head of the Legal Team of the Movement, Barr Femi Falana, SAN, to meet with Sheikh Zakzaky for further briefs. The legal team has largely been denied access to the Sheikh by the Department of State Security (DSS) who have held the Sheikh and his wife virtually incommunicado for almost two years now since the brutal massacre carried out in Zaria by the Nigerian military.

Our Freedom Is Not Complete Without The Freedom Of Shaikh Zakzaky
The unprecedented calamity in the history of Nigeria as a “Nation”, the Killing of Muslims in Zaria (1000+) will never be forgotten.

United Nations Organization made a declaration in its Charter in 1945 for the guarantee of these three basic rights: the right to life as sanctity, the right to human dignity, and the right to own private property.

It is known to the world that Shaikh Zakzaky, and his wife Zeenah Ibraheem, have been in detention without charge for nearly two years following a brutal crackdown on his supporters by the Nigerian Army in which soldiers slaughtered hundreds of men, women and children in Zaria. Shaikh Zakzaky and his wife Zeenah Ibraheem were attacked in their house by the Nigerian Army. Soldiers shot him several times together with his wife and killed his children in cold blood in his presence.

With this, we can boldly say that while democracy is been called a “good faith” universal concept, its application in Nigeria has been largely deceitful and a cosmetic nature.

Why did the Nigerian Army, under the pretext of a stage managed “traffic offense” murder over a thousand people in less than forty eight hours, including women and children?

This is the worst affliction this country has so far suffered: armed Nigerian soldiers killing hundreds of students and unarmed fellow civilians outside combat area in a show of great brutality.

The Academic Forum of the Islamic Movement in Nigeria hereby calls on peace lovers to rise against oppression, tyranny and terrorism in Nigeria.

We should denounce these acts of oppression and impunity perpetrated by those in power against Shaikh Zakzaky and the Islamic Movement and in unison, call for his immediate and unconditional release. 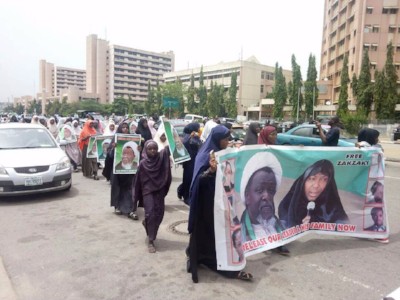 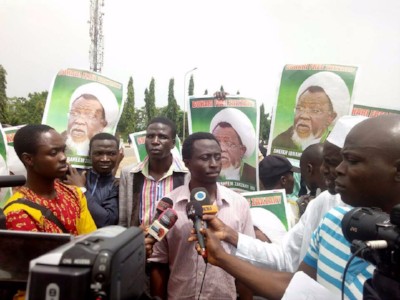 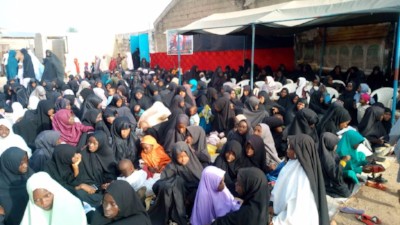 The Chief Investigating Police Officer, Chief Superintendent of Police, Ibrahim Abdul, of the Nigeria Police who led the investigating team of police that investigated the Zaria incident in December 2015 has placed the blame in respect of the alleged killing of Cpl Dankaduna on the doorstep of the Nigerian army.

Over 200 members of the Islamic Movement in Nigeria have been in prison custody since December 2015 while standing trial before the Hon. Justice David Nyom of the High Court of Kaduna State allegedly for killing Cpl. Dankaduna and for other sundry offences.

At the resumed sitting of the Court on the 10th of October 2017, the Prosecution led by the Director of Public Prosecution of Kaduna State, Mr. Dari Bayero put CSP Ibrahim Abdul in the box as the prosecution’s 43rd witness.

Under cross examination, Counsel to the Defendants, Mr. Maxwell Kyon Esq., asked the Chief Investigating Police Officer whether the Army had informed him at the point of showing him the corpse of Cpl. Dankaduna that the said Cpl. Dankaduna died as a result of “friendly fire”.

The Chief IPO responded by saying that the Nigerian Army had indeed suggested to him at the time when he went to see the corpse of Cpl. Dankaduna in the morgue at the 44 Army Reference Hospital in Kaduna that the Cpl. was killed as a result of “friendly fire”.

This new information completely changes the entire color of the case against the members of the Movement, who are standing trial before the Kaduna High Court for allegedly killing the same Cpl. Dankaduna, who from Abdul’s testimony obviously met his end from the barrel of the gun of his colleague, another soldier…

The legal team of the Islamic Movement in Nigeria has completed the filing of the memorandum to the Presidential Investigative Panel set up by Vice President Yomi Osinbajo to investigate cases of human rights abuses by the Military some weeks ago.

As the largest single group of victims of the Nigerian Military’s most brutal and flagrant abuses of Human rights in the country, the Islamic Movement has all it takes to nail the planners and executors of the mass killing of members in July 2014 and the more audacious Zaria genocide of December 2015, which involved horrendous mass murder of over a thousand unarmed civilians within a few hours, arson, looting, rape, hate speeches and campaigns, genital mutilation with aim of limiting reproduction within the group, mass graves, wrongful detention and enforced disappearances…

Reports emanating from Darur Rahma, the cemetery belonging to Islamic Movement in Nigeria in the outskirts of Zaria, indicate that just some moments ago, some soldiers went and shot an unknown person point blank, killing him instantly after tying his hands from behind. They went away leaving behind the corpse.

Witnesses, including villagers and members of the Movement guarding the cemetery, who saw the horrific scene scampered for safety as the soldiers opened fire at the man in cold blood.

Statement from a witness: “It is not clear who the person is or what he did to them. Even much more unclear is why they chose to perform this gruesome murder in our property.”