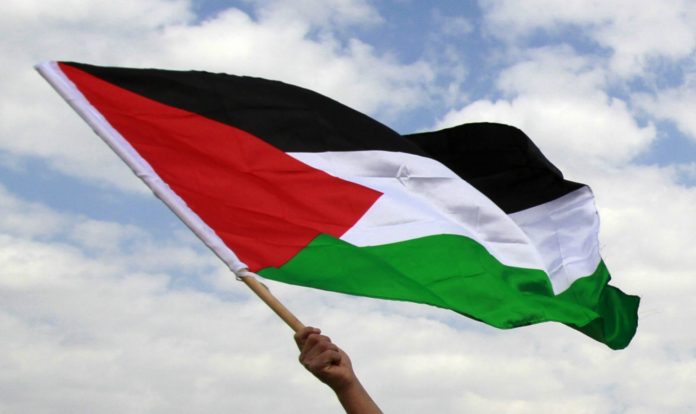 Below please find an update on the regular Free Zakzaky protests in Nigeria, this week followers of Sheikh Zakzaky turned out in massive numbers across the Nigeria to support the oppressed of the world especially Palestinians on the international Quds Day.

In this week’s Action Alert, we request campaigners to keep the pressure and write emails / letters to the African Union demanding the immediate release of the Sheikh and all those unjustly imprisoned.

Model email / letter
If you are emailing, please use the following in the subject line:
Urgent Intervention of African Union to Save the Life of Sheikh Zakzaky

The followers of Shaikh Ibraheem Zakzaky (H) the leader of the Islamic movement in Nigeria joined the international community in showing their support for the oppressed on Quds day this year 1439, (2018) in different cities in Nigeria and neighboring Niger republic.

Thousands staged International Day of the Oppressed in Abuja the Federal Capital on Friday the 8th of June 2018 marking International Quds Day. Protesters carried out Pro Palestinian and Free Zakzaky banners and Placards. 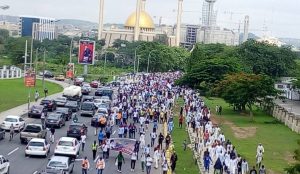 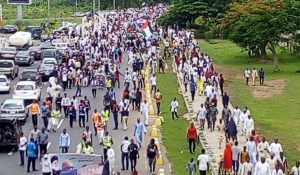 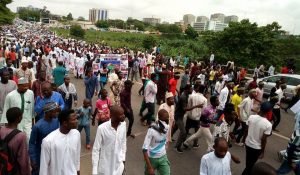 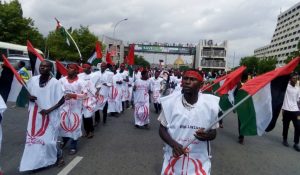 In Kano, Nigeria the security forces have attempted to prevent the yearly peaceful show of solidarity protest march did not  hold by surrounding the Fagge Friday Mosque and major locations around it with armed security personnel. However, the protest march was held after the Friday prayers, with protesters cutting across gender and age group marching on the street airing ‘Freedom for Palestine!, Free Palestine!’,  Palestinians have right to exist and stay in their homeland etc. The protesters passed through some major streets in central Kano. A paper released of the support of Islamic Movement to the Palestinians was also distributed with many showing and expressing their support.

Despite attempts by the security forces to stop the protest march through molestation and use of force in addition to hired thugs used as backup, the protest march finished successfully though with some reported cases of arrest. 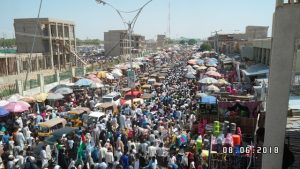 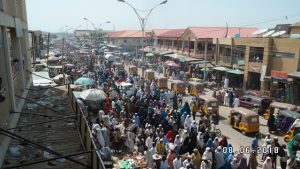 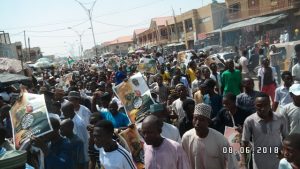 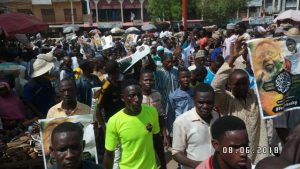 Quds Day Procession, Free Zakzaky Protest in Kaduna
08 June 2018
Like several cities around the world, the International Quds Day Processions in support of the right of the Palestinians was staged in Kaduna on Friday, 08 June 2018. Last Friday of the month of Ramadan was set aside by late Imam Khomeini (QS) as International Quds of the oppressed people of world especially the Palestinian people. 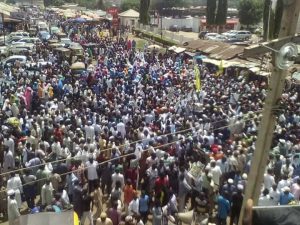 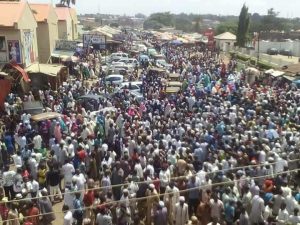 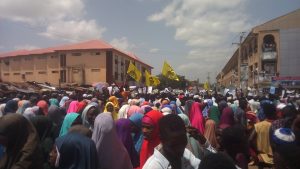 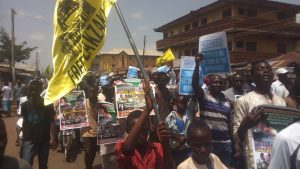 Free Zakzaky Protest in Abuja on Thursday
07 June 2018
A peaceful free Zakzaky protest was staged in Abuja today on Thursday the 7th of June 2018. Protesters marched in Nigerian Capital and chanted slogans to demand freedom for their illegally detained leader Sheikh Ibraheem Zakzaky since 2015 after infamous Zaria massacre. 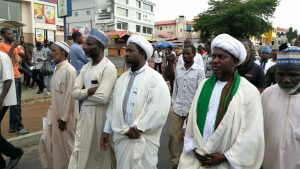 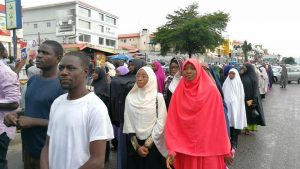 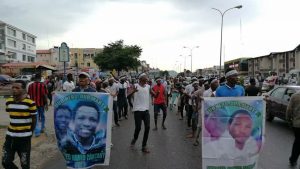 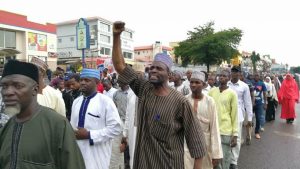 As we march out today in all the major towns and cities chanting ‘Free Palestine, Free Quds”, we are joining several million other marchers all over the world, answering the call of Imam Khomeini of blessed memory, who are out today, the last Friday of Ramadan, to show the global tyranny that we reject their oppression of the oppressed, and to the oppressed to show our solidarity with them that they will never stand alone…

Having said that, as we march peacefully today, we will not forget the 34 citizens murdered by the Nigerian army led by Major Okah, who were on a similar peaceful Quds day marches in Zaria in June 2014. We will not rest on our oars until and unless justice is done to the victims, among whom are three children of Sheikh Zakzaky and a Christian Igbo sympathizer to the Palestinian cause. Major Okah and his fellow murderers in Nigerian army uniform must be brought to book and answer their crimes in a competent court of the land…