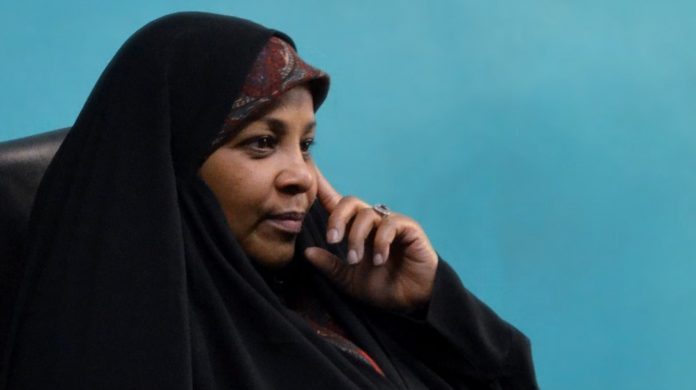 Chair-Rapporteur for the Working Group on Arbitrary Detention

We urge you to direct your urgent attention to the arrest by authorities in the USA of  Marzieh Hashemi, a journalist and anchor working for Iran’s English-language Press TV television.

To date no reason has been given for her arrest and she remains in detention without charge. Ms Hashemi has told her family that she was handcuffed and shackled and was being treated like a criminal.

Ms Hashemi has only been allowed to wear a T-shirt, and is currently using another one to cover her head. According to her daughter she has been denied bread or other food permissible under Islamic law and offered only pork as a meal.

The arrest and continued detention of Ms Hashemi without any stated grounds constitutes a flagrant violation of her legal rights under US and international law.

Ms Hashemi has not committed nor been charged with any crime. She had travelled to the US to visit sick relatives.

It is of the utmost importance that you intervene in the case of Ms Hashemi as a matter of urgency and use your office to secure her prompt release.