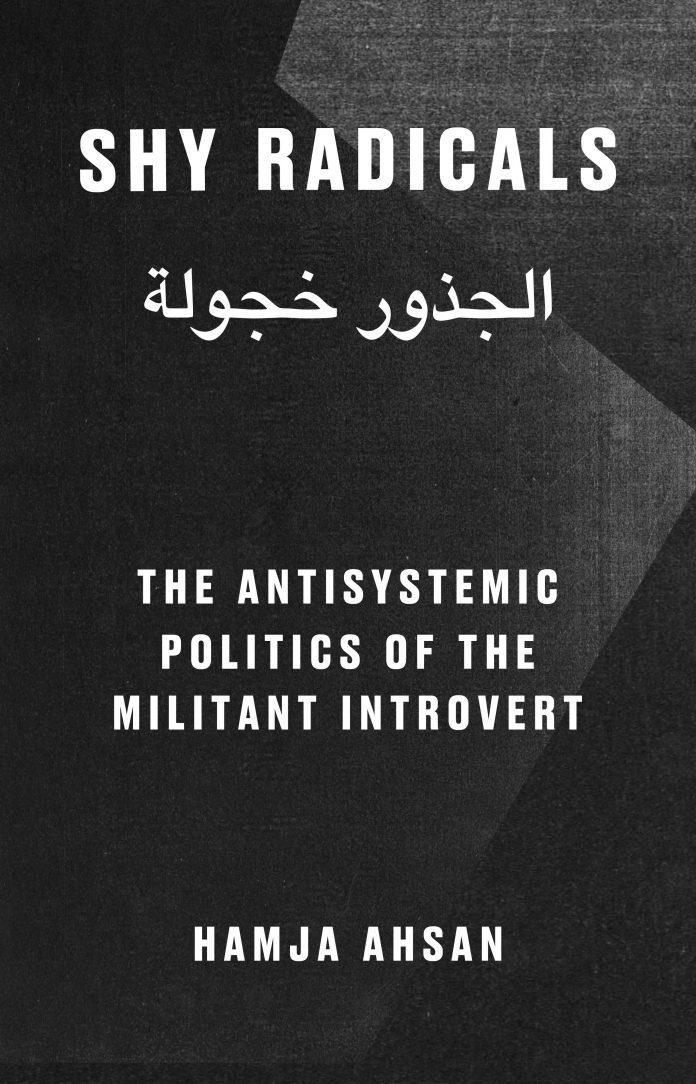 Watch the IHRC author evening with Hamja Ahsan for his debut book Shy Radicals: Antisystemic Politics of the Militant Introvert. The panel was joined by Rose Nordin and Nina Power.
The evening took place on Monday 24 July 2017, and was chaired by Moriom Grillo. Watch it below and read some more about the book underneath.
Hamja Ahsan is an activist, writer, curator and artist. He is a campaigner for prisoners, human rights and civil liberties under the War on Terror, and was shortlisted for the Liberty Human Rights awards for the Free Talha Ahsan campaign. He has presented art projects at Tate Modern, Gwangju Biennale, Shaanakht festival Pakistan and Shlipa Academy, Bangladesh. He was nominated for the Al-Hamra Award (Muslim News) Award for excellence in the Arts for the Redo Pakistan touring art project. He co-founded DIY Cultures Festival in 2013.
Rose Nordin is a freelance graphic designer based in London with a focus on print and publishing. Rose currently co runs Rabbits Road Press a Risograph community press in East London focused on producing small press publications through collaboration. She is a co founder and graphic designer for OOMK zine and collective. She was recently awarded the international artist fellowship for social practice to the University of Chicago.
Drawing together communiqués, covert interviews, oral and underground history of introvert struggles (Introfada), here for the first time is a detailed documentation of the political demands of shy people.
Radicalised against the imperial domination of globalised PR projectionism, extrovert poise and loudness, the Shy Radicals and their guerrilla wing the Shy Underground are a vanguard movement intent on trans-rupting consensus extrovert-supremacist politics and assertiveness culture of the twenty first century. The movement aims to establish an independent homeland – Aspergistan, a utopian state for introverted people, run according to Shyria Law and underpinned by Pan-Shyist ideology, protecting the rights of the oppressed quiet and shy people.
Shy Radicals are the Black Panther Party of the introvert class, and this anti-systemic manifesto is a quiet and thoughtful polemic, a satire that uses anti-colonial theory to build a critique of dominant culture and the rising tide of Islamophobia. Shy Radicals author Hamja Ahsan is an artist, curator and activist based in London. He is the Free Talha Ahsan campaign organiser.