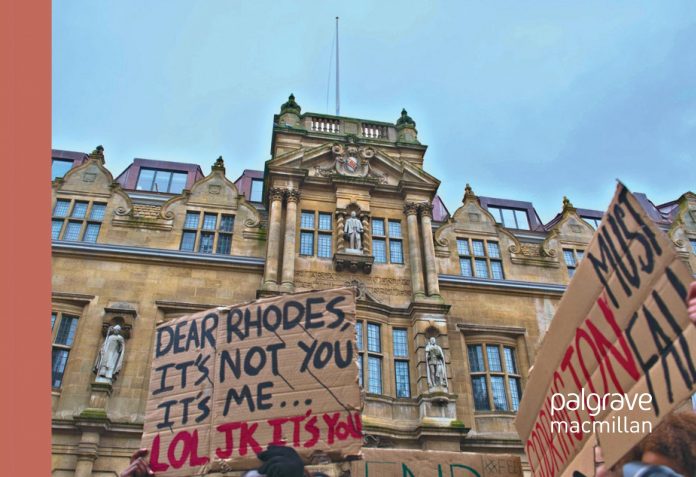 Arzu Merali (Head of Research at IHRC) chaired an author evening with Katy Sian (Lecturer in Sociology at the University of York) on Wednesday, 28 August.

The discussion began with Arzu asking about reactions to Katy’s book, Navigating Institutional Racism in British Universities. Katy expressed her shock at the engagement she received on social and mainstream media, commenting on the increased momentum due to more people writing on the topic recently. She said writing the book for her was personal and cathartic, and yet not too academic whilst also highlighting the very serious and urgent issue of racism in universities. Katy noted that debates around racism in universities are well-documented for over 20 years, and so her work is adding more voices to the debate and creating a platform to bring more attention to the issue.

Watch the video here, and or read the fill report after below the video.

On the interviews from the book, Katy said the conversations with interviewees felt like therapy sessions, and it was not solely UK-based academics sharing awful experiences, but international academics too. She was pleased that she was able to open up a space for others to engage.

Arzu also asked about key topics in the book and the impact of racism on mental health. Katy explored the myth around how universities are often seen as a liberal space where nobody is racist or people do not discriminate against others. In contrast, universities are key institutions in society that have perpetuated the idea that there’s no such thing as racism. Rather, diversity is a safe word used in universities, as opposed to anti-racism. Furthermore, Katy pointed out that racism in the university setting is not akin to the racism that is experienced on the streets, instead it is the ‘liberal racism’, microaggressions and subtle, hidden forms of racism that take a huge toll on people of colour.

Katy also talked about the various microaggressions across gender, whereby women of colour would be exoticised around jewellery and make-up, but women who ‘too Asian’ or adoring the hijab would receive overtly hostile comments. Men of the colour on the other hand, including black, Asian and Muslim men, were made to feel they should occupy more subordinate positions, mainly enacted by liberal white feminist women. Men of colour were also seen as either aggressive, too loud, overly friendly, overly religious or just incompetent.

On the impact on mental health, Katy discussed the emotional labour attached to the day-to-day racism. She said that in teaching for example, 3 different Muslim male academics from different universities all spoke about the way in which they were interrupted or had Islamophobic abuse thrown at them by students during class. This indicates clearly that the issue is widespread and systemic.

Arzu talked about the obvious racism which does not seem to be very obvious to the institutions, and asked Katy whether universities are deliberately closed off to it or genuinely clueless, or if it is a toxic mixture of both.

Katy said under-representation of academics of colour is a huge problem, noting that less than 1% of BAME people are making senior positions in universities, and so there is a need to create the path to get greater representation. She also stated that universities need to be transparent on retention rates and promotion rates on an annual basis, and all universities must set targets and report annually on them. Lastly, Katy commented on thee urgent need for an independent review body for all forms of harassment.