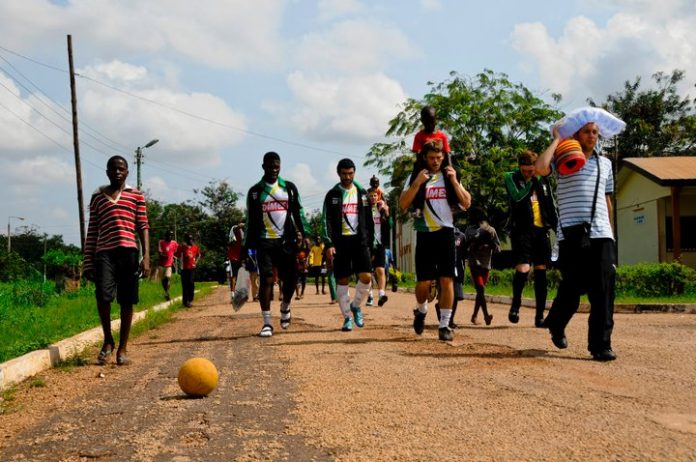 This Saturday, Football Beyond Borders are proud to team up with Amhurst Republic and offer you an evening of Middle Eastern music, food, and resistance, as the final version of ‘Over The Wall’ is premiered alongside Anatolian, Soul, and Arabic music. Admission to the nig…ht also includes a buffet of authentic Republic cuisine.

‘Over The Wall’ is a film about a British University football team who travelled to the Middle East last September, and were transformed by the events they bore witness to, which force them to change their outlook on life.

This debut film from Walks of Life productions has already received high praise from Benjamin Zephaniah, Carol Ann Duffy, and a number of MP’s and Peers, and here you can see the final version for the very first time before it begins its tour of European film festivals.

Following this will be Live Anatolian Music from the Bayir Ensemble, who evoke the stark beauty of Anatolia with melodies from Turkey, Armenia, Asia Minor and beyond.

The subsidised bar will then run til late, as Republic’s DJ’s spin everything from traditional Arabic music to American Soul rhythms.

Admission is £10, and as mentioned before includes not only the nights entertainment but also a buffet of authentic Republic cuisine.

All proceeds will go to Football Beyond Borders’ ongoing projects.

Doors open at 9pm and the film showing starts at 10pm, so get down early!