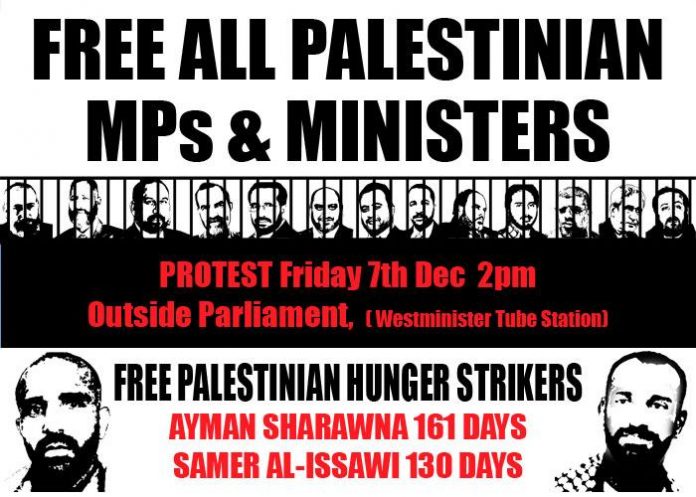 IHRC and Inminds are urging campaigners and activists to protest in solidarity with imprisoned Palestinian MPs and Ministers.

Join the protest on Sunday 28 October at 2pm outside Parliament demanding that the British government puts pressure on their Israeli counterparts to release all Palestinian MPs and other prisoners who have been illegally held in Israeli detention.

The Palestinian Genocide by Israel