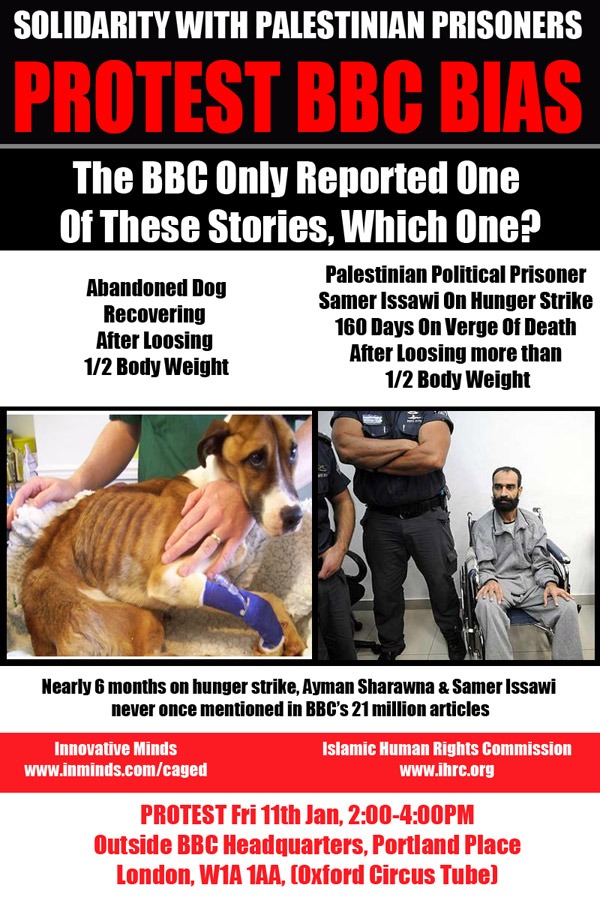 The BBC is principally funded by television licence fees – 82% in 2011 ( £3.6 billion). Such blatant bias by omission in its reporting is unacceptable and we as TV licence holders demand the BBC follow its remit to inform and educate by covering the issue of Palestinian hunger strikers.

The protest will take place outside the BBC Headquarters on Portland Place, W1A 1AA (closest tube is Oxford Circus) on Friday 11th January at 2pm.