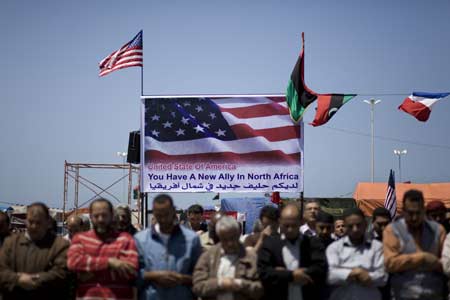 Speakers Dr Kamia Otman and Roshan Muhammad Salih will discuss and explore the reasons surrounding the war in Libya by NATO in 2011.

Dr Kamila Otman is a Libyan academic who specialises in the former government’s international relations. Dr Kamila will be outlining why in her opinion Libya went through the trauma of 2011 and the historical context to that and what the ramifications of the Nato war on Libya has been since.

Roshan Muhammed Salih reported from Libya in 2011 and has been a journalist for 16 years. After a brief stint in teaching he started his career in local newspapers in the UK before moving into TV journalism with London Weekend Television. He then went to work at Al Jazeera’s new English website in Qatar. Upon his return to the UK a few years later he became head of news at Islam Channel between 2005-2007. He then moved onto Press TV where he was head of news in London for five years. He is now a documentary maker and is editor of the 5Pillarz British Muslim website. During his career he has reported from over 25 countries.

The event will be live streamed (watch HERE) and later be made available online.

Focal Point: Is politics an optional part of the Islamic faith?