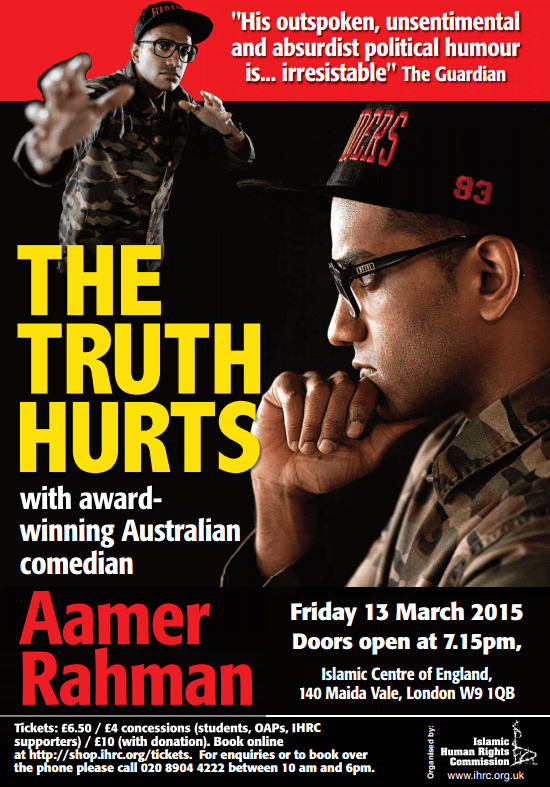 If you missed Aamer at the Islamophobia Awards this week, see him live this Friday, performing his acclaimed comedy.

Recently named as one of The Guardian’s Top 10 Comedy Shows of 2014, critic Brian Logan describes his “outspoken, unsentimental and absurdist political humour” as “pretty irresistible.” The Australian – who is also one half of the duo ‘Fear of a Brown Planet’ – has performed at the Sydney Opera House and was one of the recipients of the Melbourne International Comedy Festival Best Newcomer Award. Aamer has also made appearances at the Sydney Comedy Festival, Adelaide Fringe and the famous Edinburgh Fringe Festival . With his sell-out shows and acerbic wit, an appearance by this comedian-slash-activist-slash-writer is one that you definitely do not want to miss!