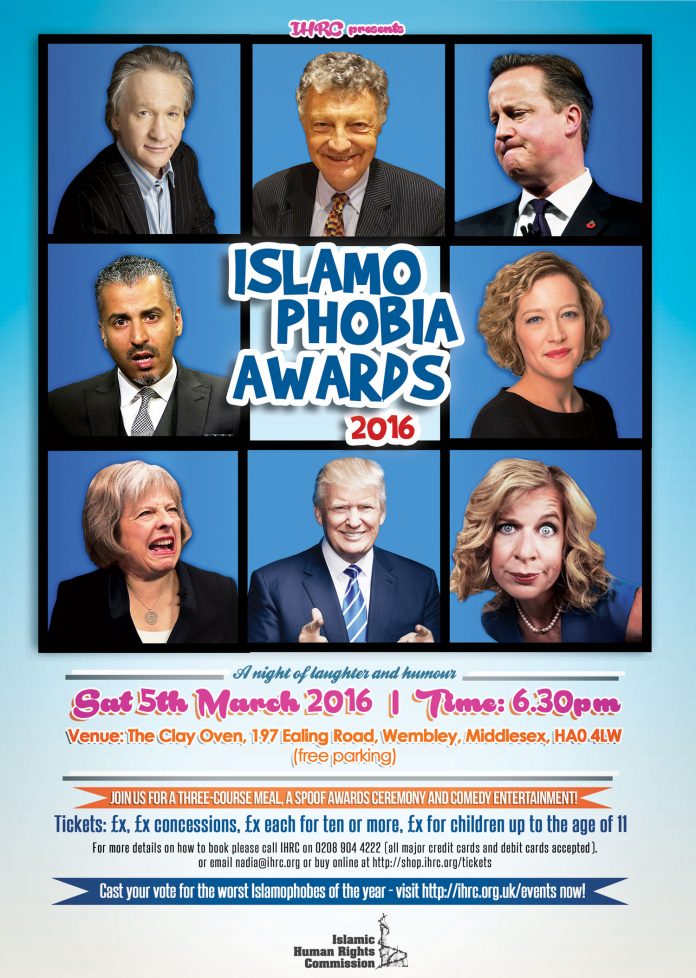 IHRC’s Islamophobia Awards are back and in 2016 it promises to be bigger and better than ever. Our gala dinner and awards show is a satirical event that aims to raise awareness of Islamophobia while poking fun at those who have outrageously displayed their prejudice for all to see over the past year. Real awards are also given to those who have battled against Islamophobia – often against tremendous odds.

There’ll be a three-course meal, LIVE stand-up comedy from Nabil Abdul Rashid and entertainment, goodie bags and more. You won’t want to miss it!

There’s a lot of of public involvement with the Islamophobia Awards – YOU get to pick the nominees and YOU get to decide who wins. This year the four categories are:

VOTE FOR THE WINNERS NOW
Watch our playlist from the 2015 Awards – we received loads of media coverage on an auspicious night that featured acclaimed comedian Aamer Rahman. Theresa May was awarded the prize for overall Islamophobe of the past year.
Download a copy of the poster
Messages of Support 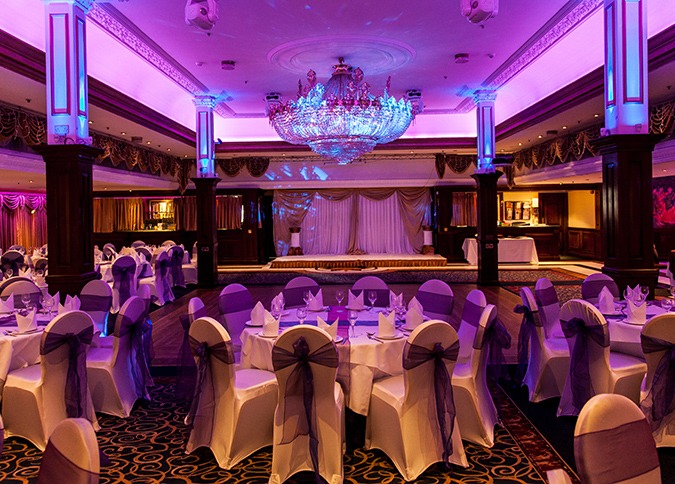