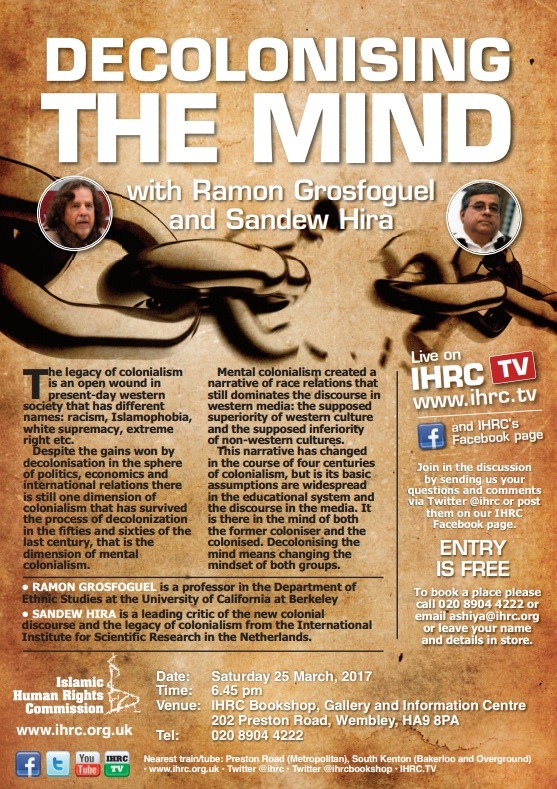 The legacy of colonialism is an open wound in present-day western society that has different names: racism, Islamophobia, white supremacy, extreme right etc. Despite the gains won by decolonisation in the sphere of politics, economics and international relations there is still one dimension of colonialism that has survived the process of decolonization in the fifties and sixties of the last century, that is the dimension of mental colonialism. Mental colonialism created a narrative of race relations that still dominates the discourse in western media: the supposed superiority of western culture and the supposed inferiority of non-western cultures. This narrative has changed in the course of four centuries of colonialism, but is its basic assumptions are widespread in the educational system and the discourse in the media. It is there in the mind of both the former coloniser and the colonised. Decolonising the mind means changing the mindset of both groups.
• RAMON GROSFOGUEL is a professor in the Department of Ethnic Studies at the University of California at Berkeley
• SANDEW HIRA is a leading critic of the new colonial discourse and the legacy of colonialism from the International Institute for Scientific Research in the Netherlands